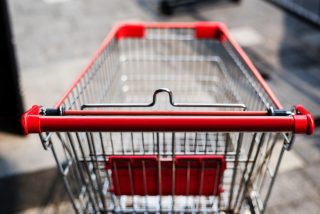 Popular South African retail store, Shoprite has launched another outlet in Nairobi, following the establishment of its first Kenya outlet last December. The company has also revealed plans to open two more stores by the end of 2019.

The newly opened outlet is situated at the Garden City Mall in Nairobi while the outlets to be opened by the end of the year will be located at Karen Waterfront Mall and Nyali city.

General Manager of Shoprite in Kenya, Andrew Mweemba, has guaranteed the company ’s dedication to providing customers with a fresh supply of farm produce and other commodities in order to maintain the organisation’s good name.

With recognizable success in other African markets like Nigeria, the planned expansion in the East African nation could serve as a huge boost to the company’s revenue as Kenya ranks among Africa’s biggest markets for retail investors.

However, the South African retail giant would face stiff competition from existing large local and foreign retailers, particularly in Nairobi.

The advent of a large retail store may be seen as a new trend in some African countries where there is little or no competition in its retail sector, but for Kenya, retail stores date as far back as 1987. One of such existing retail companies is Carrefour, which has been in the market since 1992 and has grown significantly in the last few years with a footprint in East Africa and Asia.

Other stores such as Nakumatt, Tuskys Meru are grocery dealers that could pose a threat to Shoprite. The Kenyan market also has a long chain of long-standing family-owned business enterprise.

More so, U.S. retail giant, Walmart is another standing brand that has continued to dominate the retail sector. Walmart not only runs its retails services in the East Africa state but also provides academic training for its associates to advance themselves, a program that has benefitted several Kenyans.

Already the largest shopping store in some African countries, there are concerns about whether the retail giant would be able to replicate its success in the Kenyan market.