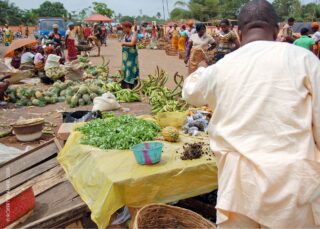 Nigeria is less than two months away from one of its most crucial moments — general elections. And as expected, campaigns are at full steam across the nation and in the diaspora. After eight years under President Muhammadu Buhari, a (not so) new crop of candidates is racing for their first acquaintance with the presidential seat.

But whoever wins the presidency will inherit an economy heading for bad (or should I say worse?) times. Nigeria is under a lot of pressure, and the people can feel it. In June, the World Bank warned that Nigeria was facing a “fiscal time bomb” after weighing its spending against revenue. These seven charts put Nigeria’s financial plight into perspective.

Nigeria has a (serious) revenue problem

As in every other country, Nigeria needs revenue to invest in the country’s infrastructure and human capital. However, the country is having a hard time making the money it needs. In October, the Presidency presented a ₦20 trillion 2023 budget, which had an expected budget deficit of over ₦10 trillion. It’s even more concerning that there has been a growing trend of wider budget deficits for years. 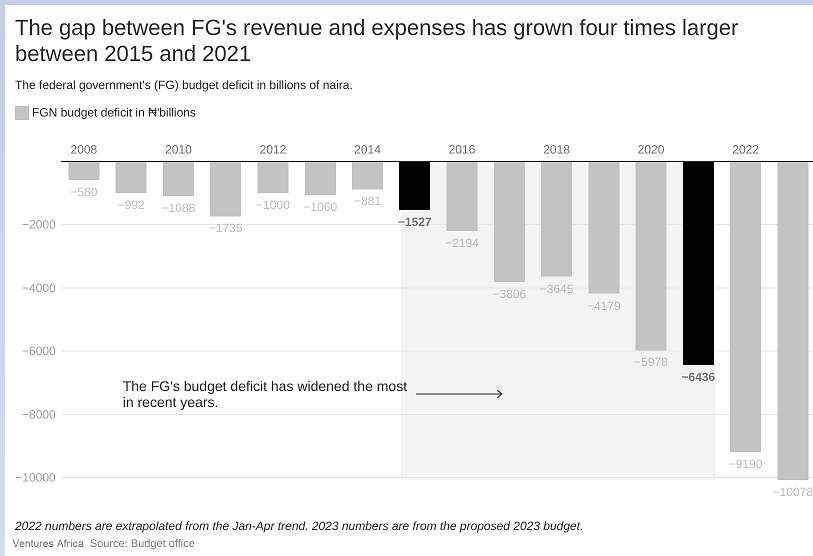 Nigeria is no longer an oil giant.

Oil is Nigeria’s primary source of revenue. But now the country has reached its lowest productivity levels since 1999. And it’s even more concerning that the government-owned refineries don’t work, but it trades crude oil for petrol, which partially explains the country’s fuel scarcity crisis. 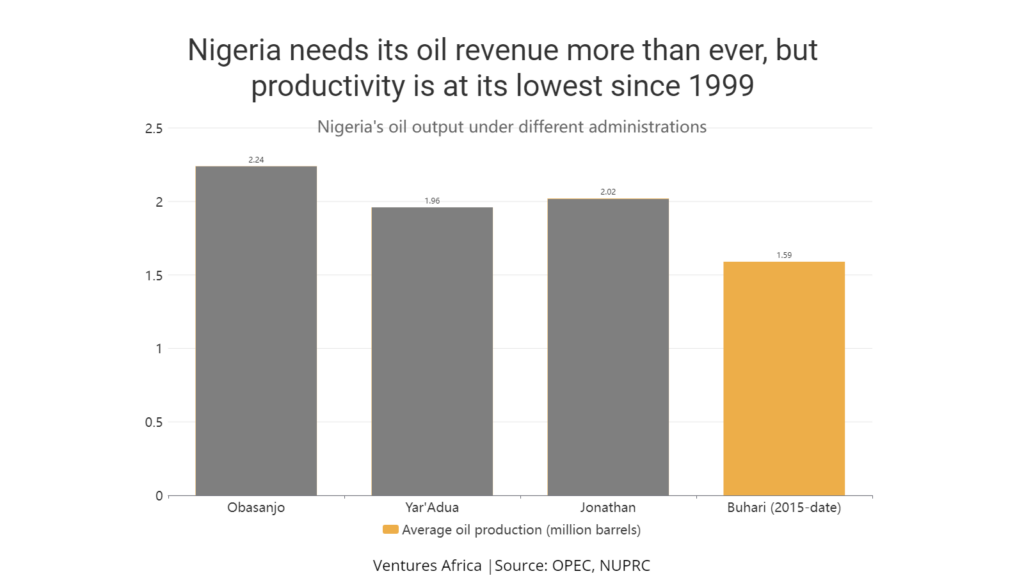 Nigeria is now the “darkest” country on the continent 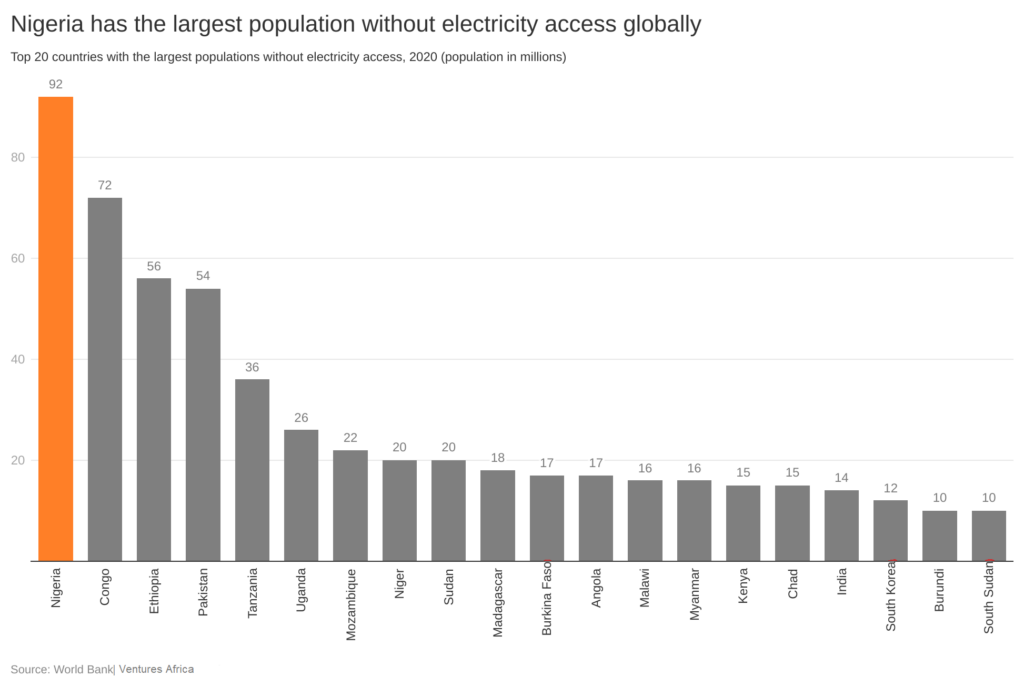 Investors are not impressed

Only four states — Lagos ($1.05 billion), Anambra ($24.7 million), Kogi ($2 million), and Ekiti ($0.50 million) — received investments this year aside from the FCT ($454 million). Foreign investors have been showing frail confidence in Africa’s largest economy by reducing their stakes. Between 2019 and 2022, foreign direct investments declined by 81 per cent. 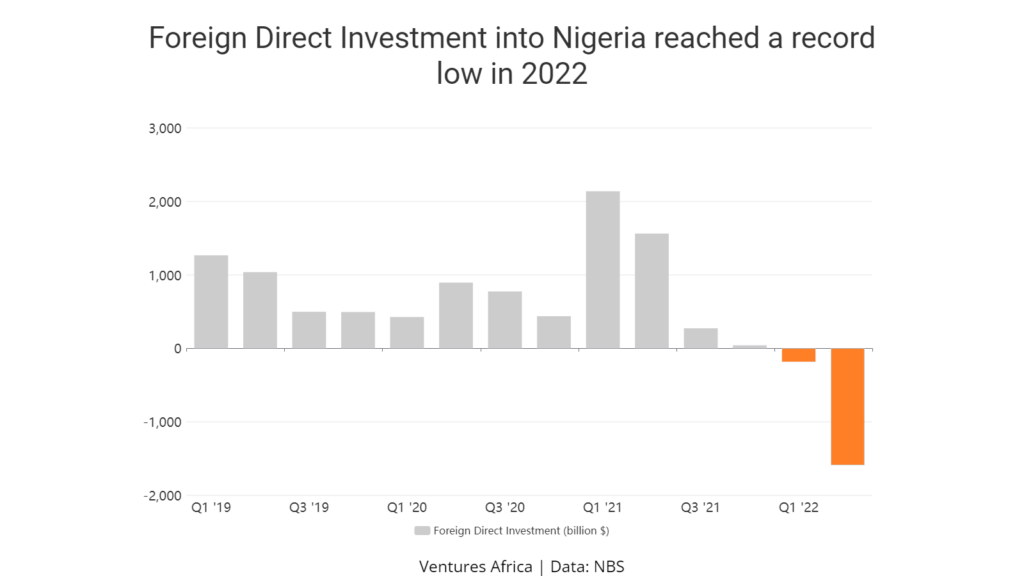 Nigeria is subsidising its way into bankruptcy. The country isn’t making as much money as it used to, yet it spends a chunk of its earnings to make petrol cheap. Between January and August, the country already spent more than twice what it spent last year on subsidies. 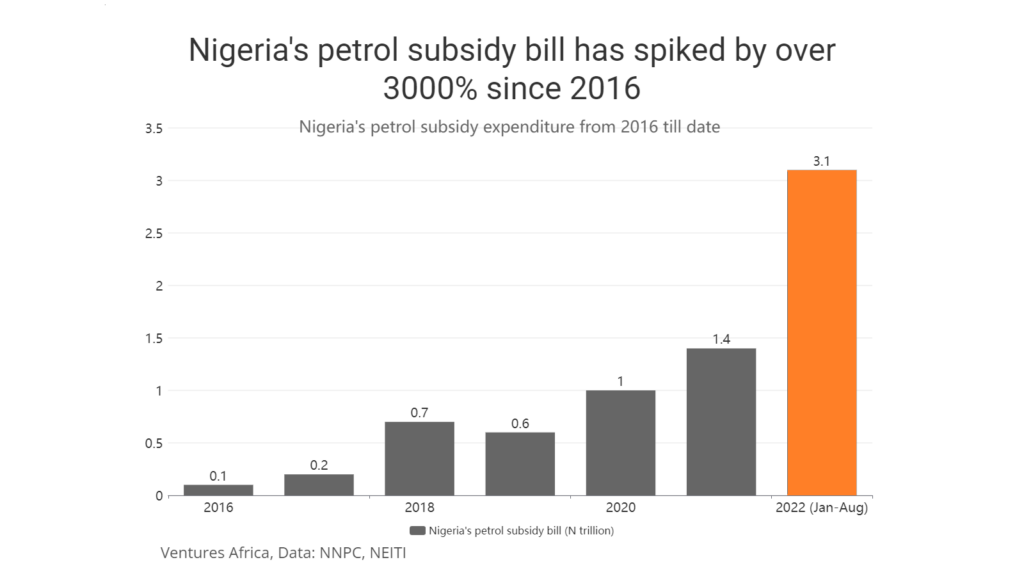 Debt is piling up at an alarming rate

Nigeria doesn’t only have a revenue problem. It also has a spending problem. We’ve seen an instance in the way it has been splashing its earnings on petrol subsidy, and even borrowing to fund it. But it also seems Nigeria wants to borrow its way out of debt. The country now spends all its earnings on debt servicing, and still ends up with a deficit that it has to fund with more debt. 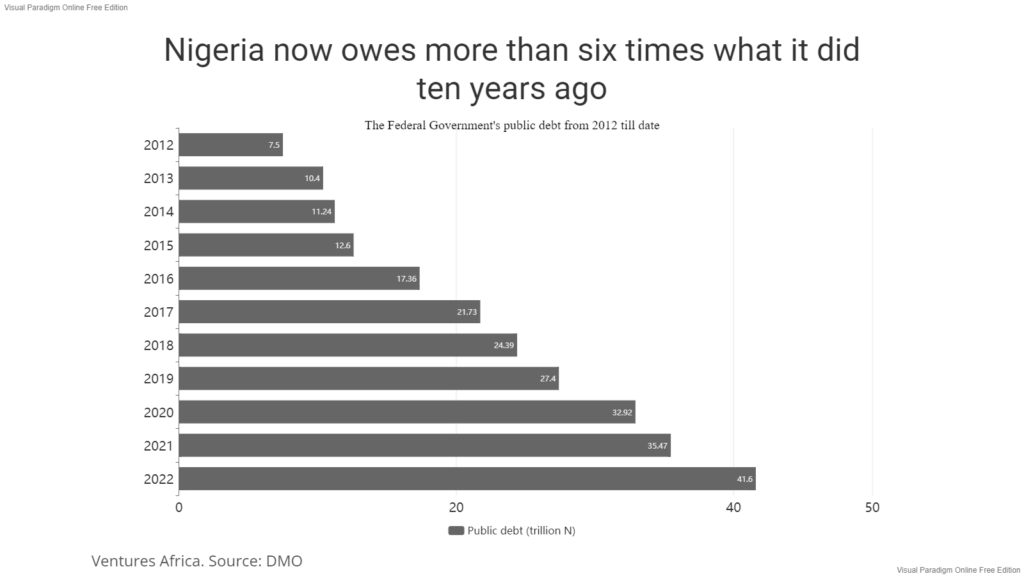 It was a great year for oil producers across the globe because the war in Ukraine made oil more expensive. Oil is Nigeria’s primary source of foreign exchange, so it ought to have seen a boisterous rise. But that’s not the case. Instead, its coffers are depleting sharply. 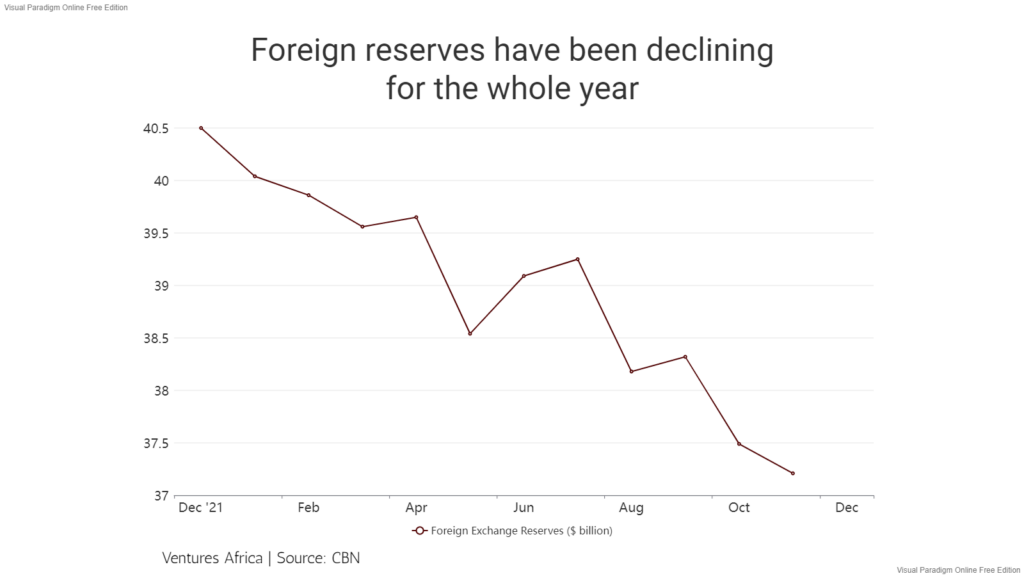