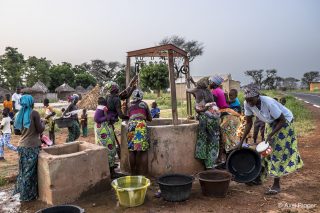 Villagers in southern Senegal recently clashed with armed security agents (gendarmes) during a protest over water shortage, at Cap Skirring, in the Casamance region of the country. During the event which took place on May 30, 2020, the gendarmes were reported to have used tear gas to disperse the crowd.

According to a spokesman for the gendarmes, the villagers ignored a ban on the demonstration which the government had issued a day earlier. This led the gendarmes to intervene with media reports citing witnesses that the gendarmes had fired live rounds at the protesters, wounding some of them.