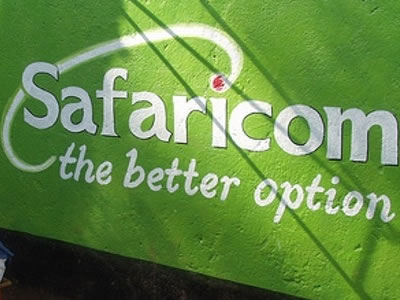 Kenya’s Safaricom Revenue Up By 54% In One Fiscal Year

Kenyan telecom operator Safaricom, is benefiting from its services and “expects to increase its data market share in Africa after reporting an increase in both voice and data revenue for its latest fiscal year.”

Even in the first term of 2013, Safaricom earned a big cash. For example “For the ended March 31, after-tax profit jumped 39 percent year over year to 17.5 billion Kenyan shillings ($205 million)”, IT World highlighted.

Safaricom is Kenya’s largest mobile services provider, with its 1,500 employees. This company ha created jobs to Kenyans and other workers, since its creation in 1997. His personnel are dispersed in bog cities of the country beginning by Nairobi, Kisumu, Nakuru, and Westerland.

With its 12 million subscribers’ base, Safaricom is facing a “stiff competition in the voice market from Orange, Yu and Airtel”, IT World stated.

Kenya business in terms of telecoms is attracting more operators and the investments may follow. In fact, “Dimension Data, part of NTT DoCoMo recently announced its intention to acquire Access Kenya, the largest corporate ISP in Kenya, threatening Safaricom’s position in the data market”, as the IT World witnessed.

Dimension Data has already another office in Kenya offering Integrated IT solutions. Another business is that it owns Internet Solutions, a corporate ISP. The deal will end up by the merger in all operations, as the paper went on.

However, despite the big share of the Kenyan market owned by the Dimension data, Safaricom seems to assure.

“This is not the first time that a big player is coming to the market; we remain very focused in our strategy and our business is not only about enterprise, we will continue to offer other integrated solutions,” said Bob Collymore, Safaricom CEO.