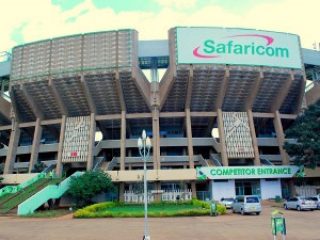 Telecommunications giant, Safaricom has announced plans to pay its first-ever interim dividend of Sh18 billion to shareholders for the year ended 31 March. Investors would be making 0.45 percent per ordinary share. The company has cited good financial performance as one of the reasons behind this development.

In a statement issued by the company’s Board of Directors, Kathryne Maundu, Company Secretary stated that half-year financial results of the firm were published on 9th November 2020. She also added that “the interim dividend will be payable to shareholders on the register as at close of business on 5th March 2021 and will be paid on or about 31 March 2021.”

According to Safaricom, this move is in recognition of the company’s solid half-year performance and to support its shareholders during these difficult economic times occasioned by the COVID-19 pandemic.

Top beneficiaries of the surprise dividend include Kenyan National Treasury with a 35 percent stake which would amount to Sh6.3 billion, alongside Vodacom Group Limited and Vodafone Group Plc with 40 percent that would pay Sh7.2 billion.

In the wake of the pandemic, the telecoms giant waived fees on M-Pesa transactions below Sh1000 with aims to fight the spread of coronavirus in Kenya. The decision was initiated after President Uhuru Kenyatta gave a directive on ways of deepening mobile money usage to discourage cash transactions.

By July 2020, Safaricom criticized the Central Bank of Kenya (CBK) for extending the period for free M-Pesa transactions without consulting it, saying it would lose Sh19 billion worth of revenue by the end of its financial year due to the fee waivers. The company later recorded a decline in its half-year net profit by 6 percent to Sh33 billion.

However, Safaricom began to experience an uptick in its performance in the last quarter of its current financial year following the reinstatement of charges on low-value M-Pesa transactions beginning 1 January 2021.