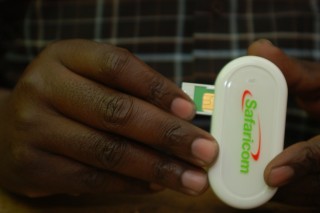 Safaricom, and the battle for Kenya’s mobile data market

It is only half way through the year, but Safaricom, Kenya’s largest telecom company by market share, has already revised its internet bundle price three times. The telco is keen to fend off growing competition from rivals Telkom and Airtel, as the battle for the country’s data market heats up.

Safaricom’s newest tariff plan allows customers buy 7MB of data for Sh5 to a maximum of 15MB for Sh50. The company’s weekly bundles are retailing at between Sh5 for 5MB (up from 4MB for Sh5) and Sh100 for 130MB. Its lowest previous plan was 5MB for Sh5 with the maximum bundle being 100MB for Sh40.

These series of revisions have been made in reply to the calculate moves by Telkom and Airtel, launched in February, to corner the market by offering cheaper and more flexible data bundles to customers. Airtel even went as far as offering customer free connectivity for certain social networking platforms like Facebook and Whatsapp.

“In February we launched data bundles that were designed to give customers an enhanced experience with their Internet and enjoy more while browsing,” Sylvia Mulinge, Safaricom director for consumer business, told Business Daily Africa. However, rather than sweeten the mouths of its customers, it instigated a series of public backlashes that threatened to smear the brand’s image and hand over the market for one of its most lucrative services to its rivals.

The unpopular packages included 30-day limit on data usage and a new bonus scheme that was only valid at night. It was also heavily criticised for attempting to do away with its popular post-paid tariff scheme, a move that Airtel attempted to exploit when it launched a similar package, which it branded UnlimiNET tariff.

From subtle public criticisms on social media, to a massive protest laced with threats of legal actions, Safaricom’s customers gradually started leading a nationwide campaign against it, as they believed it was offering them far less than its rivals was.

Realising the adverse impact it had on its data revenue, Safaricom reversed its decision just a week after unveiling the unpopular package. It relaxed the 30-day usage limit to 90 days for most of its packages and quickly scrapped its night plan. This is expected to relax its agitated customer base, the largest in Kenya, and maintain its current status as the country’s biggest telecom firm… for now.