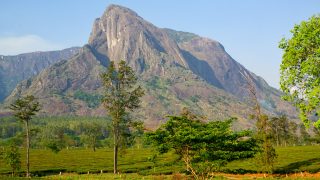 Rwanda’s tourism thrives despite all odds

Less than a week ago, an attack occurred near Rwanda’s tourist hub in Musanze district, a popular area for tourists visiting Volcanoes Park to view mountain gorillas.  Although no tourist was harmed, 8 innocent locals were killed and about 18 people wounded.

According to a statement by Micheal Hughes, a manager at Sabyinyo Silverback Lodge, none of their clients was affected in any way. “We’ve had a few questions and inquiries from curious clients, but I don’t get the impression that there are panics. The response from security organs and officials assured our clients that there is no problem,” he explained.

So far, over 600 tourists have visited the Volcanoes National Park after the incident. For most, this is a lifetime experience and as such, they remain undeterred by recent developments.

In a statement on AllAfrica, Ann McGillion, an English tourist and first timer in Rwanda, expressed how she looked forward to the new experience. In her words, “gorillas are something I’ve heard about and to see these animals is going to be a lifetime experience.”

She also added that she’s “happy to know that these majestic animals are growing in numbers because the whole system is so well looked after. We’ve heard the country is safe and we haven’t experienced any problems indeed.”

To further assure stakeholders of the terrain’s security, the Second Division’s Commander of the Rwanda Defence Force (RDF), Brig. General Vincent Gatama, in his address, said the army has dealt with the terrorist precisely and  “there is no remnant in this area. What happened wasn’t a protracted attack but a terror attack.”

He continued by saying that property, the security of people and businesses are all protected.

Park officials have said that gorilla trekking activities have been conducted peacefully after last week’s incident. On Saturday and Sunday, alone about 238 tourists reportedly visited the gorillas. Most of them were from France, the United Kingdom, United States, Australia, and South Africa, among others.

Rwanda’s side of the Virunga Mountains has a reputation for being one of the safest places for tourists. Until recently, no attack had been launched on locals or tourists in or outside the park for nearly 20 years. This may account for why it has flourished over the years.

There are over 1,000 mountain gorillas living in the world, over 50 percent live in the Virunga Mountains, where Volcanoes National Park lies, according to World Wildlife Fund. Even though the terror attack was a situation that could have spelt “bad business” for the country’s tourism sector, the reverse is the case.