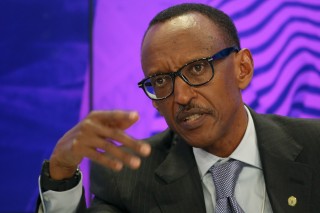 In a bid to improve efficiency and minimize waste,  Rwandan lawmakers have approved plans to give more power to the president to create and disband public institutions and state-owned companies. The draft law was recently passed by parliament (with 78 MPs voting for it and two against) and the Senate. It now awaits endorsement by Cabinet and a presidential assent before being gazetted.

According to research from the School of Law in the University of Rwanda, Mutabingwa Alloys stated that the drive to corporatize the existing State-Owned Enterprises (SoE) in Rwanda is geared towards achieving a higher level of productivity, efficiency, accountability and transparency in the delivery of essential services and goods to the public. The latest parliamentary endorsement aims to correct the Rwanda market economy, making it more efficient and reliable.

A report indicates that many companies state that although it is easy to start a business in Rwanda, it can be difficult to operate a profitable or sustainable business due to a variety of hurdles and constraints. A number of investors have said a top concern affecting their operations in Rwanda is that tax incentives included in deals signed by the RDB (Rwandan Development Board) are not fully honoured by the RR (Rwandan Revenue Authority).

Investors further cite the inconsistent application of tax incentives and import duties as a significant challenge to doing business in Rwanda. According to a 2019 report from the office of the Auditor-General, the ineffective management of parastatals arise from parliamentary restraints that prevent them from the flexibility bestowed on private business ventures. It recommends that ceding powers to the president would resolve the problem.

It further stated that about 31 percent of public institutions do not have clean audits, while 15 percent had adverse opinions compared with 19 percent in 2018.