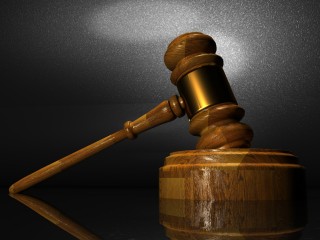 With plans to proceed with court activities amid the coronavirus pandemic, the Judiciary of Rwanda has started delivering court rulings in criminal cases via video calling application, Skype. The initial phases started this week with the Intermediate Court of Nyarugenge pronouncing up to 17 cases of inmates incarcerated in the prison, the judiciary said.

Harrison Mutabazi, the spokesperson for the judiciary said that apart from helping deal with the pandemic, the Skype system and the videoconferencing that was adopted earlier, have proven to save both time and cost.“In this COVID-19 period, it would not be sensible to transport people from prison to court for trial and back and forth. That can only escalate the risks associated with this pandemic,” said Mutabazi.

According to him, the new development gives room to support the expedition of judicial work because the time consumed and transportation cost incurred to take suspects from jail to court can be saved since they are tried from where they are incarcerated.

While courts across the country are expected to adopt the development, Mutabazi said the move does not concern courts in Kigali, indicating that Ngoma Intermediate Court in Eastern Province also made a pronouncement of judgment on Monday.

Speaking about accessibility, the spokesperson noted that video conferencing is not readily accessible in all parts of the country because its enabling facilities are not available everywhere, while Skype is easy to install in computers allowing for the participation of the parties involved.

The Integrated Electronic Case Management System (IECMS) which is used currently for judicial processes has ensured the evidence is accessible by those involved, the spokesperson said. For video conferencing, currently, the judiciary has a site for judges which is at the Supreme Court premises in Kimihurura, Kigali.

There is no doubt that the use of this facility will significantly contribute to the effective and efficient delivery of justice at this unusual time, however, strategic objectives are to ensure that justice is fully and easily accessible.