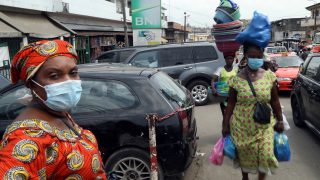 Rwanda is deploying digital tools in contact tracing for coronavirus infections, following in the steps of several countries that are using smartphone data and other digital surveillance tools to curb the virus from spreading further.

The government has so far tested more than 30,000 people, recording 261 positive cases and 129 recoveries as of Wednesday. Knowing it is difficult to fully rely on the information provided by those who tested positive, Rwanda opted for a digitized contact tracing method.

Reports indicate that the Rwanda Utilities Regulatory Authority has set up a team that is using mobile phone data profiles to trace people who had contacts with COVID-19 patients. The system works in a way that when someone tests positive of Covid-19, the profiles are used to retrieve data provided by the closest transmission towers to track their movement.

Then the team tracks other phones that came in close contact with the infected person’s phone using movement analytics. Deeper data analysis is then carried out and information obtained helps the COVID-19 command centre to trace the people and contact them for testing.

The method has proved effective so far, reports show, as most of those who tested positive and those they got in contact with had smartphones. Besides contact tracing, IT solutions are also used to monitor and geo-fence people in localized isolation centres to keep them in areas of confinement while data obtained help to inform law enforcement agencies of people violating social distancing rules in areas of concentration.

Globally, data from mobile devices and other surveillance measures have proved to be effective in tracking coronavirus infection vectors. Without resorting to lockdowns, South Korea was able to keep the pandemic at bay through a combination of measures that include using credit-card transaction records, CCTV footage, and cell phone location data to create a public map of coronavirus patients, tracking where people may have been exposed.

Taiwan’s “electronic fence” alerts authorities when a quarantined person moves too far away from their home while Beijing uses a health code add-ons for Alibaba’s Alipay payment platform and Tencent’s WeChat to restrict the movement of potentially infected people.

Across Europe, France has a law that gives the government the power to control people’s movements, and network operators in Europe have shared some data with health authorities in Italy, Germany, and Austria.

Britain has approval to legally use personal data from people’s mobile phones to track and monitor behavior if it helps fight the spread of coronavirus considering the severity of the outbreak. And the government was in talks with British mobile phone companies for the potential use of anonymous location and usage data to create movement maps. Other countries with versions of tracking apps include Spain, Romania, Slovakia, and Poland.

Government officials in the United States are using cellphone location data from the mobile ad industry, not data from the carriers themselves, to track Americans’ movements during the outbreak. Also, reports showed that authorities were in “active talks” with Facebook, Google, and other tech companies, to figure out how to use location data from phones.

While tracking the contacts of fresh infections and using mobile technology, are effective in curbing the outbreak, the method could put public health at odds with individual privacy. Advocates also fear that the intrusive surveillance could be abused without careful oversight, with possible consequences for civil liberties.