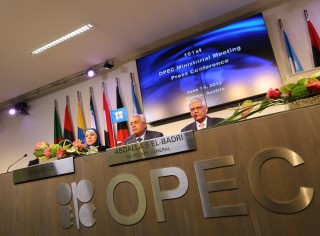 Russia open to further negotiations with OPEC after failed talks

Despite an ongoing battle for market share with Saudi Arabia, Russia has said it is open to further cooperation with the Organization of Petroleum Exporting Countries, offering hope of production cuts as oil prices fall to record lows.

Oil producers and traders had pinned hopes on OPEC and its allies, led by Russia, to help lift oil prices by agreeing on new production cuts in a meeting held in Vienna last week (March 5-6), which was attended by countries representing roughly half of world oil supplies.

But negotiations collapsed after Russia disagreed on deeper production cuts of 1.5 million barrels per day to stabilize the market. The OPEC+ failure prompted Saudi Arabia, the cartel’s de facto leader, to slash its crude prices, triggering a price war with Moscow that saw oil slump by the most in three decades on Monday.

While both parties have intensified the war over the past few days by warning of increased oil production to flood the market next month, Russia believes the fallout with the union “does not mean that in the future we can’t cooperate with OPEC and non-OPEC countries,” Energy Minister, Alexander Novak said this week.

“I want to say the doors aren’t closed,” Novak adds. “If needed, we have various tools, including reducing and increasing production, and new agreements can be reached.” OPEC and its allies have meetings planned for May or June, during which the union may evaluate the market situation once again, the minister said.

The willingness of Russia, the second-largest oil producer after Saudi Arabia, to reopen negotiations on supply cuts offers fresh hopes for smaller producers and oil-dependent economies like Nigeria. More than half of government revenue comes from oil and with prices crashing to $30 per barrel (against a benchmark of $57 a barrel in the 2020 budget), Africa’s biggest economy has been forced to review its record budget for the year.