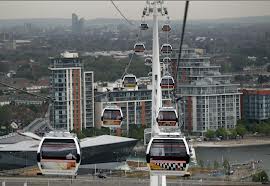 Ropeways Transport Limited has signed of a 30-year agreement with the Lagos State Government for the establishment of a $500 million cable car mass urban transit system in the emerging city to ease traffic and tension on its roads.

According to BusinessDay, Ropeways Transport will begin the construction of towers, stations and connecting network cables along mapped out routes in November.

The project will be partly financed by the African Development Bank and it is expected to be completed and commissioned by early 2015. The cable car mass transit system is expected to create about 500 direct jobs after completion with commuters paying between 200 naira ($1.28) and 300 naira ($1.92) per trip.

He added that “ …studies carried out in 2009 on vehicle registration show that an additional 200,000 vehicles are registered annually in Lagos State.

The cable car system is rated as one of the safest means of transport worldwide. Based on a 2009 study by the Vancouver Metropolitan Transport Agency in Canada, passengers are 20,000 times more likely to be involved in a fatal accident in a vehicle than in a cable car.

According to reports, by 2015 Lagos is expected to become the world’s third largest city with 25million inhabitants, with approximately 12 million daily passenger movements in the Lagos Metropolitan Area, growing at a rate of six per cent per annum.