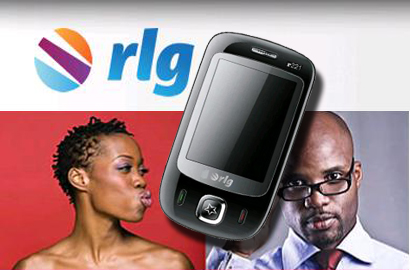 RLG To Assemble Phones In Nigeria

RLG Communications Nigeria Limited says it will launch a mobile phone and computers assembly plant in West Africa’s largest economy, Nigeria to ease access to telecommunications in the country.

The assembly, which is designed to assemble a minimum of 5,000 mobile phones and 2,500 laptops per day, will be launched in Ilesha, Osun State, Nigeria’s south-west this week.

Otherwise known as “RLG & ADULAWO TECH CITY”, the plant is a public private partnership between the Osun State government and RLG Communications. It features a training center, research & development (R & D) lab, as well as a Green Technology – Biogas Plant that will provide cooking gas for the staff quarter and also the capacity to generate 3KVA electricity which can be used for lighting.

According to the firm, the facility is expected to create jobs, as it has the capacity to employ 10,000 people directly and indirectly.

The first set of employees are the beneficiaries of the Osun Youth Empowerment Scheme Technology (OYESTECH), a programme set up by the state government to equip young people in ICT skills and implemented by the RLG training institute.

Prior to RLG’s announcement of  its PC plant, Nigeria already has other Original Equipment Manufacturers (OEMs). Also, phone and PC manufacturers as well as technology experts have over time stated the potential of Nigeria ICT market. According to a TNS report, at least 25 percent of the Nigerian population use Smartphone devices.

Last year, the Director, Hand held product for Samsung West Africa, Emmanouil Revmatas said: “Nigeria has a great potential for Smartphone uptake as studies have shown that of the total Smartphone to be recorded in 2014, Nigeria will have no less than 40 percent of consumption.”

Altogether, Africa’s mobile phone usage, especially the Smartphone brands is expected to double in volume in Africa by the year 2017.