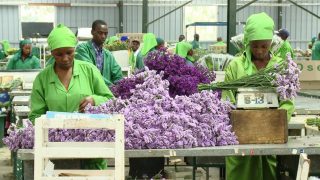 A recent surge in demand for migrant workers abroad moved Kenya’s government to license over 300 recruitment companies to secure jobs for its citizens. Although the government exceeded its 240 annual benchmarks for the registration of recruiting companies, the agencies were made to undergo screening based on the government’s new regulations on labour export.

In a statement, Simon Chelugui, Labour Cabinet Secretary said, “We vetted and registered 302 private employment agencies to recruit Kenyans to the labour market abroad against a target of 240, owing to an increase in demand for labour abroad.”

Kenya plays big in the Labour Export industry owing to its high rate of unemployment. This has led to a rise in recruitment agencies who help Kenyans secure employment opportunities abroad.

But in the last decade, reports of abuse prompted the government to ban recruitment agencies from sending its citizens to work as domestic staff overseas. Kenya stopped the export of its domestic labour force to the Middle Eastern countries of Saudi Arabia, Kuwait, Jordan, and Lebanon notorious for the Kafala system.

In 2014, licenses of over 900 recruiting firms were revoked and a task force was set up to review the management of foreign employment. The task force recommended that departing Kenyan migrant workers be subjected to a mandatory pre-departure training offered by an inter-ministerial vetting committee and contracts verification before leaving the country. The aim is to protect domestic and low skilled cadres from human rights abuse or job fraud.

Nevertheless, in 2016, the ban was lifted for individuals with professional qualification while the injunction of menial workers to the Middle East enforced pending a draft of the legal framework.

One major factor that may have caused a rise in the demand for migrant workers in Europe, Asia and America is the COVID-19 (coronavirus) pandemic, which is still hurting the global economy. Yet, for underemployed or unemployed Kenyans, this would be an opportunity to earn a living for themselves and their families back home. As the country seeks to protect its migrant workers abroad, it also hopes to generate earnings from diaspora remittance.