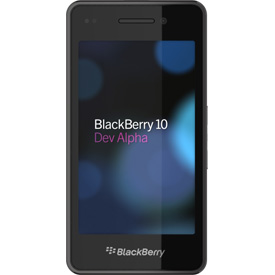 Heard about the big addition to RIM mobile gadgets? It sounds like an exciting “user experience” await the 2.4million BlackBerry users in Nigeria as well as other millions of BlackBerry users across Africa. Angela Moscaritolo writes:

Research in Motion (RIM) CEO Thorsten Heins kicked off the company’s BlackBerry World conference by unveiling the long-awaited BlackBerry 10 operating system. Though much of the new OS hasn’t yet been revealed, a few key features were demonstrated. The first, and perhaps most shocking, is the touch-based keyboard. That’s right—the first BB10 devices will be touch screen-only.

When will is launch/hit the stores? Research In Motion’s first BlackBerry 10 smartphone will allegedly hit store shelves in October.

What do you think? BlackBerry 10: a closer look

RIM is focusing heavily on gestures to move between and within apps. It’s all about “flow,” as CEO Thorsten Heins put it. Read more about BB10 on “Hands On With the BlackBerry 10 Dev Alpha”