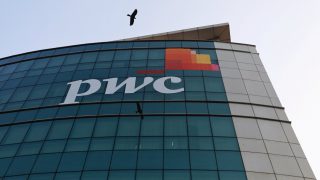 Remittances by Nigerians in diaspora soars to $25 billion in 2018

According to a report by PricewaterhouseCoopers (PwC), the inflow of remittances by Nigerians in Diaspora rose to an estimated $25 billion in 2018, making it the highest in sub-Saharan Africa. Currently, Nigeria is one of the top five nations with high remittance inflows globally.

The report titled ‘Nigeria Economic Outlook-top 10 themes to watch out for in 2019’, revealed that the record level of diaspora remittance to Nigeria represents 6.1 percent of Gross Domestic Product (GDP), and translates to 83 percent of the federal government budget in 2018.

The leading countries worldwide by the value of migrant remittances into Nigeria are the United States of America, Switzerland, Germany, Russia and China, PwC Nigeria noted in the report by Andrew Nevin, Partner and Chief Economist, and Omosomi Omomia, Senior Industry Associate.

Global foreign direct investment (FDI) flows fell by 19 percent in 2018. However, 2018 FDI flows to Africa increased by 6 percent, from $38 billion to $40 billion, the report noted.

The report noted that Nigeria is projected to add no fewer than 200 million people to its current population of 196 million between 2018 and 2050 and the country’s population is expected to surpass that of the United States and is currently ranked the third most populous in the world by 2050.

“The last population census in Nigeria was held in 2006, over a decade ago. Assessing Nigeria’s current growth rate necessitates the occurrence of another major census to gauge the actual growth rate and enable critical strategic decisions to be made regarding population-related issues such as housing, food supply, and employment, among others.”

In the bid to sustain its policy of exchange rate stability amidst sustained demand pressures, the Central Bank of Nigeria (CBN) increased dollar injections into the foreign exchange market by 87 percent to $40 billion in 2018.

Nevin, in the report, predicts that the foreign exchange market will remain largely stable in early 2019, however, volatility in the oil market may cause depreciation that could range from about N390 to N415 per dollar by year-end 2019.

Ahead of the presidential election, the report projects policy continuity with all the reform policies intact and the economy continuing its recovery albeit at a slow pace, if the incumbent government retains power.

However, the emergence of a new government will see new policies formulated or potential re-adjustment to existing policies with a focus on deepening the recovery of the economy. While a heightened political risk will see political tension accelerating in the wake of the 2019 general elections, negatively impacting policy implementation with significant security risks across parts of the country, PwC noted.