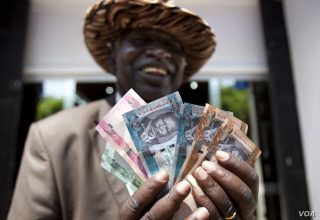 David Kirotho Mathinde, chairman of the Kenyan Drivers Association, said, “You see, these guys have been hijacking people — not only hijacking people, but killing drivers. If the government of (South Sudan)49 is not going to take any action … we are going to discuss this issue with our government and make sure that no person will enter that country.”

Late last month, attacks in Central Equatoria, on Juba-Yei road, and on a governors convoy, left over a score of people dead. A week after, gunmen ambushed a convoy of cargo trucks on the Nimule-Juba road and killed five people, leaving three others injured. The attackers shot at and burnt trucks with the occupants in them.

As a result, Kenya Transporters Association (KTA) and Long Distance Drivers and Conductors Association (LoDDCA) have asked all drivers to stop taking orders for South Sudan cargo until their security is assured. “Increasing cases of insecurity since April 1, where two of our drivers were killed and several trucks burnt down has forced us to suspend carrying South Sudan cargo,” Anthony Mutua, CEO, LoDDCA said in a statement.

Uganda has also called for enhanced security on the Nimule-Juba road as eight of their truck drivers have been killed during these senseless attacks, provoking protests at Elegu, a major connecting point between Uganda and South Sudan. Drivers are parked at Elegu, refusing to cross into South Sudan. Arthur Kafeero, Director of Uganda’s Regional and International Political Affairs told The East African that Uganda is in talks with the government of South Sudan to ensure security from Uganda border points to Juba.

According to data published by Trading Economics, Uganda’s exports to South Sudan reached $357.34 million in 2020.

Beyond insecurity, South Sudan is economically unstable and vulnerable and has been for a while due to recurring conflicts. These conflicts have resulted in a serious humanitarian crisis that has destroyed people’s livelihoods. Almost 4 million people remain displaced and are faced with acute food insecurity. The country’s already dire economic situation was further exacerbated by the COVID-19 pandemic last year, and in the last few months, severe flooding has killed livestock, destroyed food stocks, and damaged crops ahead of harvest season.

“Any interruption to trade for such a vulnerable economy is of concern. Beyond security measures, there is clearly a need for economic stabilisation to tackle the underlying problems causing the instability and poverty in the country,” Andrew Mold, Chief, Regional Integration and AfCFTA Cluster Regional Office for Eastern Africa, said.