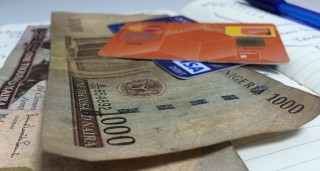 On Monday, 21st November 2016, the National Bureau of Statistic released Nigeria’s third quarter (Q3) Gross Domestic Product (GDP) figures for 2016. According to the report, Nigeria’s economy contracted by -2.24 percent, which is 0.18 percent, lower than the -2.06 percent recorded in the second quarter of the year. The figure is also 5.08 percent lower than the figure recorded in the same period in 2015. 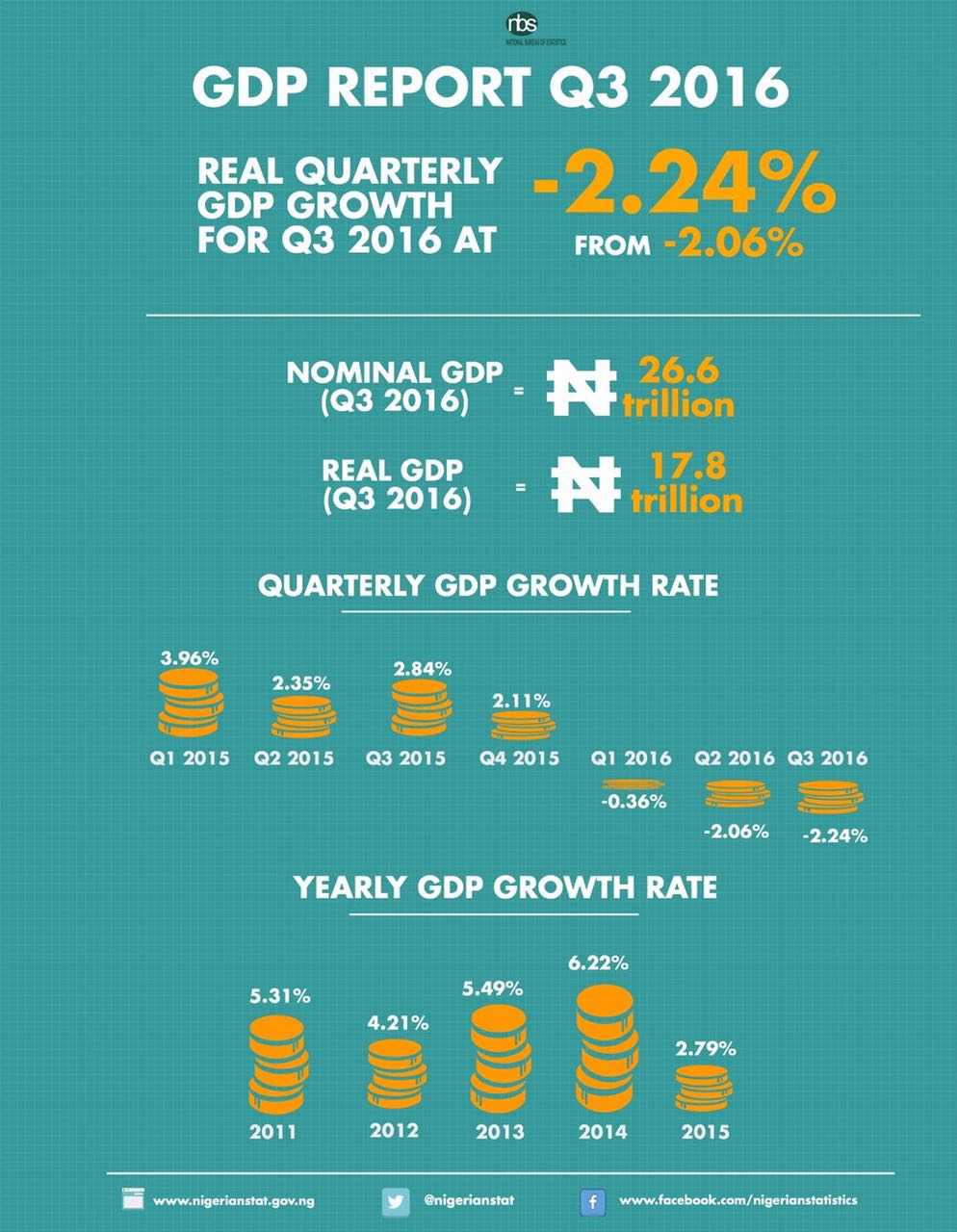 The report  also revealed that the non-oil sector contributed 91.81 percent to the growth of the GDP as opposed to the oil sector which contributed 8.19 percent

“During the period under review, oil production, averaged at 1.63million barrels per day (mbpd), which is lower than 1.69 mbpd produced in the second quarter,” the report said 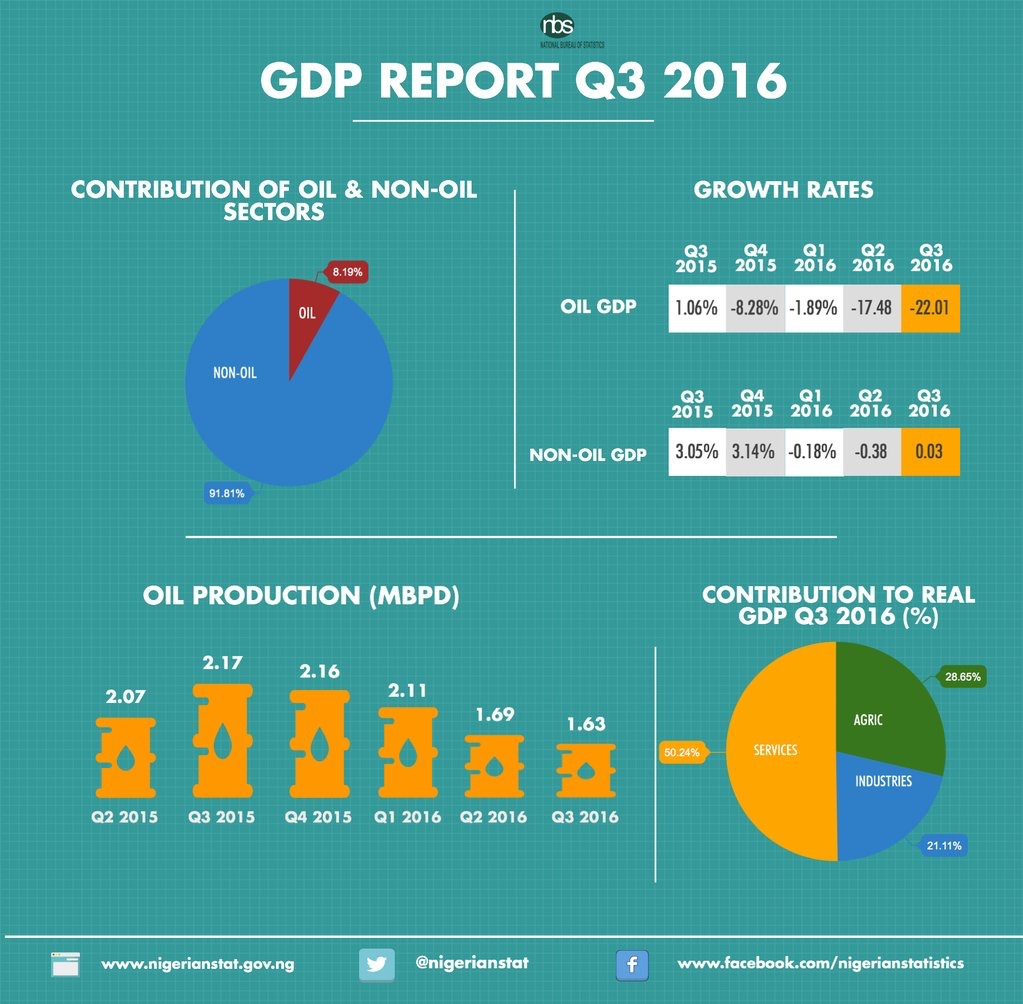 “Growth in the Agricultural sector was driven by output in Crop Production accounting for 95 percent of the overall nominal growth of the sector. Agriculture contributed 24.09 percent to nominal GDP during the quarter under review. This was a little lower than shares recorded in the corresponding period of 2015 but higher than the quarter before at 24.51 percent and 19.71 percent respectively,” the report revealed.

The manufacturing sector didn’t do any better as it contracted by -2.93 percent in the period under review. The report showed a 1.91 percent drop from the second quarter of 2016, which was recorded at –1.02 percent.

“This is partly due to the continued fall in the exchange rate, which makes imported inputs more expensive, thereby increasing business costs. This is greatly as a result of continued fall in naira to dollar rate which translates to much higher cost of business operations,” the report revealed about the manufacturing sector.