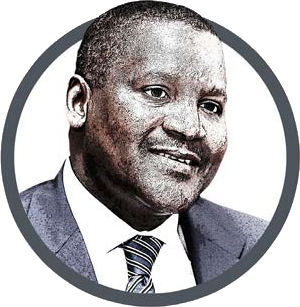 Quotes From African Entrepreneurs On Business, Passion And Life

Power and drive are two things business leaders seem to have in common. Across the globe, entrepreneurs and business leaders are marked by their enviable managerial skills and intellectual capacity. From Cape Town to Cairo, via Nairobi and the busy ports of Lagos, Africa has its fair share of dynamic business leaders who have not only built world-class businesses but who have positioned the continent’s economies for unprecedented growth and development.

“Who else could have built a company we bought for R1 million into a company worth more than R100 billion today. To run a company with more than 100,000 employees in 17 countries, you have to be able to think on your feet.”

Aliko Dangote is an industrialist who founded the Dangote Group, which controls much of Nigeria’s commodities trade.

“If you give me $5 billion today, I will invest everything here in Nigeria. Let us put our heads together and work.”

“In life, you don’t get anywhere or do anything you hope to without some sort of sacriﬁce.”

Isabel dos Santos is the oldest daughter of Angola’s President, José Eduardo dos Santos, and was 24 years old when she started her ﬁrst business.

“I think there are a lot of people with family connections but who are actually nowhere. If you are hardworking and determined, you will make it and that’s the bottom line. I don’t believe in an easy way through.”

“One has to set high standards… I can never be happy with mediocre performance.”

In addition to Nicky Oppenheimer’s work with De Beers, he also helms Greene and Partners Investments, a venture capital ﬁrm that focuses on building business in South Africa and surrounding areas.

“I am a great believer that if you know how to operate in Africa, there are unbelievable opportunities.”

“I will continue to empower the youths. That is my passion. The youths are the leaders of tomorrow. We must continue to support them.”

Mo Ibrahim is the founder of Celtel, a mobile phone company with over 24 million subscribers in Africa. After selling Celtel, Ibrahim founded the Mo Ibrahim Foundation, which supports good governance across theAfrican continent.

“The leadership we are looking for is true engagement with Africa. We need a cohesive voice for Africa…”