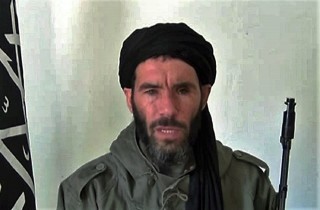 From late Friday night up until the early hours of Saturday morning, Ouagadougou, the capital of Burkina Faso, was under siege as terrorists launched an assault on a luxury hotel and café nearby. The attack left 28 dead and twice that number, injured. The first of its kind in the largely Islamic West African country.

During the siege, Al-Qaeda in the Islamic Maghreb (AQIM) released a statement claiming responsibility for the attack, “the mujahideen brothers of AQIM broke into a restaurant of one of the biggest hotels in the capital of Burkina Faso and are now entrenched and the clashes are continuing with the enemies of the religion,” read the statement.

However, the attack was not solely conducted by AQIM alone, it was in conjunction with jihadist members of the Al-Murabitoun Battalion, a faction of the Al-Qaeda, led by non other than the notorious Mokhtar Belmokhtar. The Burkina Faso tragedy puts the terrorist leader back in the spotlight months after he was reported dead.

The Al-Murabitoun Battalion is a faction founded by 43-year old Mokhtar Belmokhtar, also known as Mr Marlboro and The Uncatchable. Born in the ancient desert city of Ghardaia in 1972, Belmokhtar is a one-eyed Algerian war veteran who is infamous for a number of terrorist attacks but best known for orchestrating a deadly attack on a Norwegian-owned gas plant in Algeria that left 38 dead in January 2013.

Prior to founding the Al-Murabitoun group, Belmokhtar was a senior commander in AQIM, of which he was also a founding member. As a commander in AQIM, Mr Marlboro was a prolific kidnapper; he masterminded the 2008 abduction of Robert Fowler, a United Nations special envoy to Niger and his assistant Louis Guay.

After being stripped of his title as “emir of the Sahel”, Belmokhtar broke with AQIM to form the Al-Mulathamin Brigade and the “Signers in Blood” Battalion in 2012.

Apart from kidnapping westerners and demanding ransom in millions of dollars, Belmokhtar is also notorious for smuggling drugs, stolen cars and contraband cigarettes. The latter earned him the nickname – Mr Marlboro. The Jihadist warlord also profits from illegal immigration networks, all of which is used to finance his group.

The man with nine lives

Mokhtar Belmokhtar has been declared dead many times. June last year, Libya’s recognised government claimed that Belmokhtar, was killed in an American air strike. In 2013, there were claims by the Chadian army that they had killed him, but he resurfaced months later. In the middle of 2012, Algerian media reported that Belmokhtar had been killed in Islamist and Tuareg separatist’s clashes in northern Mali, but it turned out to be untrue.

He has somehow survived all these years despite a death sentence ruling in absentia by an Algerian court, an Interpol arrest warrant filed by the RCMP and a $5-million bounty offered by the United States.

In May last year, the one-eyed Jihadist debunked claims that he had pledged allegiance to Abu Bakr al-Baghdadi, the leader of Islamic State (ISIS), saying that Al-Murabitoun remained loyal to Al-Qaeda.

Prior to that time, an audio recording aired by the Mauritanian agency al-Akhbar, seemed to have indicated that Mokhtar Belmokhtar’s jihadist group pledged allegiance to ISIS. Al-Murabitoun’s pledge would have been a boost for ISIS given the notoriety of Belmokhtar in Islamic terror circles.

The Burkina Faso attack will definitely spur efforts to dismantle AQIM and increase the urgency in the manhunt for Mokhtar Belmokhtar. His group had also claimed responsibility for the deadly attack on Radisson Blu hotel in Mali a few months ago.