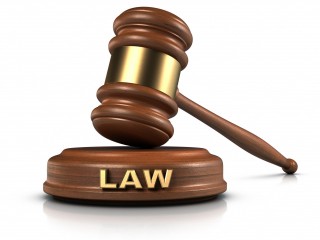 The English High Court today issued a milestone judgment in favour of Quantum Global Group and its founder Jean-Claude Bastos de Morais in their dispute with the Angolan sovereign wealth fund.

The Court confirmed its earlier decision to discharge in full a $3 billion worldwide freezing order (WFO) imposed on Quantum Global and Mr Bastos in April. It strongly criticised the eight areas of unfair and misleading presentation to the court by Norton Rose Fulbright, the legal advisors to the Fundo Soberano de Angola (FSDEA).

While delivering the judgement, Mr Justice Popplewell, speaking about the misleading presentation said there was a high degree of culpability in the failures.

“The breaches of duty are sufficiently serious and culpable to warrant discharging the WFO and not granting fresh relief, irrespective of the other grounds of challenge,” the judgment reads.

Furthermore, in respect of one major category of claim, “lawful means conspiracy”, the Judge expressly agreed with the defendants and held that the merits of the claim were so weak they did not pass the threshold of raising a serious issue to be tried on the facts alleged by the FSDEA.

Mr Justice Popplewell also decided against the FSDEA on most matters of jurisdiction. “My conclusion is that there is only a small rump of causes of action in respect of which jurisdiction is established,” he said. This judgment essentially means that most of the FSDEA’s underlying claim has failed in the UK, pending an application to the Court of Appeal against the discharge order, which is expected to be decided this week.

Addressing unsubstantiated allegations originating in the “so-called Paradise Papers” cited by Norton Rose, the judgment states: “There is no evidence to suggest that the use of offshore structures by the group was anything other than the normal and legitimate way the group structured itself for tax, regulatory and other proper business purposes; or that Mr Bastos’ personal use of such structures was not his normal modus operandi for legitimate personal reasons.”

Quantum Global will now focus on resolving issues in Mauritius and Switzerland, where the authorities’ freezing of Quantum Global’s bank accounts and suspension of its business license have severely damaged the company’s business, in a case mirroring that in the UK.

The English High Court judgment also addresses facts that are central to the case in Mauritius. The ruling states that limited partnerships in offshore jurisdictions “are not unusual for private equity investments; that they were known about and not disapproved by Deloitte at the time; that the structure was not a matter of criticism by E&Y in their investigations; and that the drawing down of the full committed amounts into the accounts in the names of the Limited Partnerships so as to put them beyond the control of FSDEA was for a legitimate political objective.”

The actions by the Mauritius authorities have prevented Quantum Global from managing its investments in Africa and paying its staff for five months. To date, the Mauritius authorities have refused officially to disclose the reason for their actions against Quantum Global and Mr Bastos despite repeated calls for a fair hearing according to due process of law.