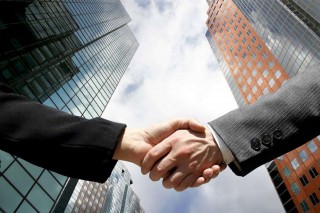 MUA has completed its private placement of $10 million equity by Proparco. The issue and listing of the new shares mark the start of a long-term partnership that will strengthen MUA’s capacity to attain its strategic regional and sustainability objectives.

MUA Ltd, a regional insurer with operations in Mauritius, Kenya, Uganda, Rwanda, Tanzania, and Seychelles, is pleased to announce the successful conclusion of the equity investment of  $10 million by Proparco (“the strategic investor”), a leading Development Finance Institution (“DFI”), and the private financing arm of Group Agence Française de Développement (“AFD Group”). MUA received the required shareholder and regulatory approvals in July and August, respectively. The issue of 4,175,482 new ordinary shares of MUA to Proparco was held on 16 September 2022.

Proparco’s investment represents a landmark partnership for MUA, becoming the largest international investor of its kind in the regional insurance group and diversifying MUA’s shareholding beyond Mauritius. Moreover, the AFD Group has a long track record of promoting sustainable economic, social, and environmental development practices. The investment is set to strengthen MUA’s ability to expand insurance coverage in East Africa and accelerate the group’s digital transformation. Proparco will appoint one board member to the Board of Directors of MUA, contributing to MUA’s corporate governance and strategic direction.

Proparco has demonstrated its capacity to mobilise extensive resources and facilitate partnerships, creating business opportunities and supporting sustainable growth. MUA’s objectives of being a sustainable and responsible insurer are outlined in the group’s 3-year strategic plan, TRANSITION 2023. “With the completion of the final regulatory steps, MUA’s partnership with Proparco truly begins. By strengthening the group’s financial capacity, we aim to grow insurance coverage in the East African region and reach our sustainability objectives. Proparco’s formidable regional experience, its regional cross-sector network and reputation as a strategic investor gives considerable impetus to our ambitions for sustainable growth and value creation for all our stakeholders,” said MUA Group CEO, Bertrand Casteres.

Commenting on the successful transaction, Fabrice Perez, Head of Equity Investments in Financial Institutions at Proparco mentioned “We are pleased to have reached this final stage with MUA, a major life and general insurance player. This investment allows us to accompany MUA in its development as a responsible insurer in Africa, in line with MUA’s TRANSITION 2023 strategy, in a world still impacted by the Covid-19 crisis. It is also perfectly in line with Proparco’s willingness to support the insurance sector in Africa, to improve access to these products for as many people as possible and thus strengthen the resilience of local populations.”

The conclusion of Proparco’s investment in MUA coincides with the visit of outgoing Group CEO Bertrand Casteres and incoming Group CEO Joerg Weber to East Africa. The executive leadership engaged with the group’s partners and intermediaries in Kenya, Tanzania, Uganda, and Rwanda, to strengthen MUA’s commercial strategy and further its regional growth objectives. The insurer’s regional presence enables us to structure and manage insurance cover across these four markets, supported by its reinsurance capabilities. The group is also geared to offer innovative solutions, such as parametric insurance for farmers in the region. MUA’s membership of the GLOBUS Pan-African insurance network (Link HERE) provides further leverage for our ambitions across these markets.

Since the launch of the group’s strategic plan, TRANSITION 2023, MUA has been included in the Stock Exchange of Mauritius’ Sustainability Index (SEMSI) and defined its Socially Responsible Investment Policy (Link HERE). With the listing of the new shares complete, MUA looks forward to working with Proparco to further improve MUA’s environmental, social and governance initiatives.

Proparco is the private sector financing arm of Agence Française de Développement Group (AFD Group). It has been promoting sustainable economic, social and environmental development for over 40 years. Proparco provides funding and support to both businesses and financial institutions in Africa, Asia, Latin America and the Middle East. Its action focuses on the key development sectors: infrastructure, mainly for renewable energies, agribusiness, financial institutions, health and education. Its operations aim to strengthen the contribution of private players to the achievement of the Sustainable Development Goals (SDGs) adopted by the international community in 2015. To this end, Proparco finances companies whose activity contributes to creating jobs and decent incomes, providing essential goods and services and combating climate change. For a World in Common.

For further information: www.proparco.fr and @Proparco

MUA Ltd is the ultimate holding company of the group and it is listed on the Official Market of the Stock Exchange of Mauritius (SEM). MUA is currently on the list of top 10 performing stocks (since its listing in 1993), is the largest insurance company listed on the SEM and is included in the Stock Exchange of Mauritius Sustainability Index (SEMSI). The short-term insurance subsidiary of MUA Ltd in Mauritius is The Mauritius Union Assurance Cy. Ltd (MUACL), established in 1948. The company has grown significantly over the years and with a 25% market share, MUACL is the local leader in terms of Net Earned Premiums in Mauritius. MUA, through its other subsidiaries, also offers long-term insurance, corporate pension, mutual fund investment, stockbroking, and reinsurance services in Mauritius. In 2014, the group embarked on an ambitious regional expansion plan, starting with the acquisition of Phoenix of East Africa Assurance Company Limited, with operations in Kenya, Uganda, Tanzania, and Rwanda. The group has consolidated its position in the various markets in which it operates, with a stellar reputation and track record for success. In 2018 the group’s various entities came together under a single and dynamic brand – MUA. In 2019 MUA underwent a restructuring to simplify the operations of MUACL, its subsidiaries and associates through the separation of the insurance operations in Mauritius and the group’s international activities. MUA Ltd was incorporated as a new legal entity to act as the ultimate holding company. MUA employs over 825 staff across its entities in Mauritius, Kenya, Uganda, Rwanda, Tanzania and Seychelles. The group is dedicated to being a responsible and sustainable insurer as outlined in the current 3-year strategic plan, TRANSITION 2023 (Link HERE).