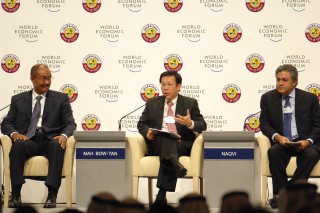 Africa desperately needs investments. For infrastructure alone, the continent needs $90 billion annually. But the much-needed capital does not come easy on the continent where capital flight and illiquid capital markets makes money inaccessible and high interest rates by banks discourage borrowing. However, what is lacking in banks have been found in a new set of investors that raised $4 billion for Africa last year and have continued providing investment pools that serve ordinary people. Private Equity (PE) has so far proven to be an important economic growth catalyst in the continent and this is expected to continue.

What Africa needs at its current stage of development is growth capital, which Private Equity (PE) provides. Unlike other forms of investments, PE investments give multiplier effect; creating profits for investors, as well as economic and social benefits for consumers.

From the Abraaj Group to Helios Investment Partners and Actis Capital, the African private equity landscape has recorded great success in the past decade. Abraaj, which manages up to $ 9 billion in assets recently closed a $990 million sub-Saharan Africa fund, its third in the region. The company today has its hand in almost every sector in Nigeria, Africa’s largest economy.

A recent statement by Dentons, a global law firm on its report from the 12th Annual African Private Equity and Venture Capital Association (AVCA) Conference noted that the association’s success in promoting private equity in Africa comes out of creating the right inclusive environment and by making its members feel like they are part of a family. Although there is competition as expected, a sense of camaraderie and cooperation exists, making secondary exits smooth in the private equity space.

When Actis was going to sell its stake in Nigerian matress manufacturer, Mouka Foam, Abraaj and Helios were favourites to clinch the deal. The international private equity firm clinched the deal, further entrenching its position as the most active PE firm in Africa.

“The market opportunity for high quality sleeping products offers good potential for growth, and we believe Mouka is very well positioned to capitalize on this,” said Mustafa Abdel-Wadood, a Partner at The Abraaj Group following the acquisition.

Private equity opportunities are immense in Africa, but to find them, PE firms need to be on the ground and look to partner with others. This strategy has worked for Abraaj over the years. The company is, therefore, teaming up with the founders of Mouka, the Moukarim Family, to enhance the company’s product offering, distribution and hence, domination. In less than half a decade, Abraaj will sell its stake in the company, having made some good profit and kept the business running fine.

The PE equity space in Africa is expanding; creating jobs and fostering economic growth. However, there is still a long way to go. There is $3.8 trillion of PE in the world but only about one percent of this goes to Africa. Several sectors remain underserved on the continent. To address this, one of the themes at the 2015 AVCA conference was the need for more venture capital funding to grow smaller companies into the PE deal size companies of tomorrow. PE in Africa could increase through investments in these sectors.

Africa remains a risky market for PE firms, but it is also highly rewarding for those brave enough to take the risk. The risk factors can be reduced with due diligence. An example is seen in Abraaj which reviews its companies annually at a minimum and semi annually at fund level. This partly explains its success in Africa.

While Abraaj’s success can inspire more investments, private equity is not enough to meet all the investment needs of Africa. The challenge is not necessarily the fund but PE firms usually sell acquisitions within five years. Such short-term deals are not sufficient for Africa. The continent needs longer-term investors that will fund infrastructure. It also needs lenders that can finance its growing SME space.

With more African economies recording impressive economic growth and the consumer space expanding on the continent, more investors are becoming aware of Africa’s growing economic strength. However, barriers to investing and weakness of capital markets on the continent needs to be addressed to make brighter the chances of Africa to get the investments it desperately needs. 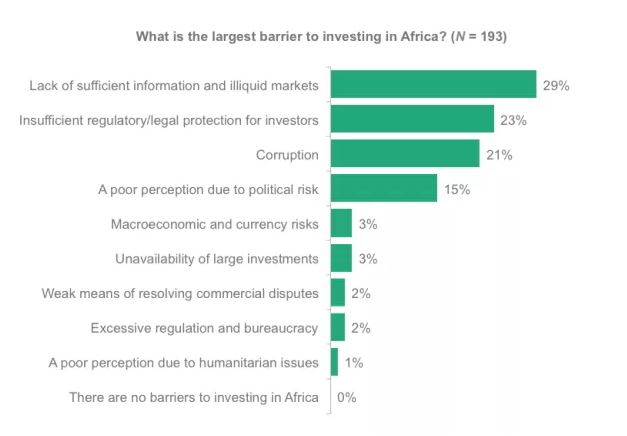