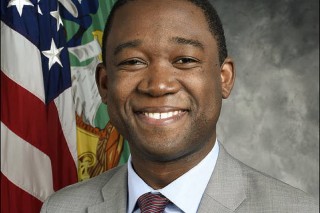 The President of the United States, Barack Obama, has appointed a Nigerian-American, Adewale “Wally” Adeyemo, as his Deputy National Security Adviser for International Economic Affairs. Adewale would be taking over from Caroline Atkinson whose tenure recently ended after serving in the position since June 2013. Adewale joins the league of Nigerians making the country proud in the United States.

The role of his predecessor