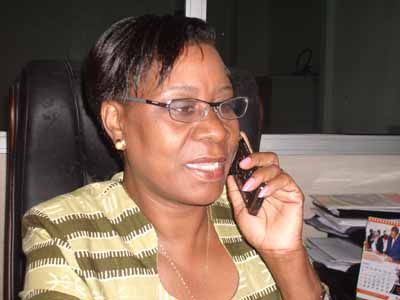 Power Of A Woman: Margreth Chacha And The Tanzania Women’s Bank

“Never underestimate the power of a woman.” ~Nellie McClung

This year, the World Bank reported that Tanzania’s economy was likely to grow by 6 percent; welcome news in a country plagued by chronic poverty. However, the report also warned that many would remain in poverty. For strong economic growth and poverty reduction to be realised, the country would need to find drivers of growth particularly to sustain job creation and transformation of Small and Medium Enterprises (SMEs).

The difficulties faced by many African countries in the area of job creation are increasingly being addressed by encouraging entrepreneurship. Tanzania took a bold step in 2009 and created the first women’s bank in Africa, the Tanzania Women’s Bank (TWB), led by Managing Director, Ms. Margreth Chacha.

The idea for the bank was originally proposed in 1999 by a group of women entrepreneurs from all across Tanzania. They approached the then country President, Honourable Benjamin William Mkapa at an International Trade Fair organised by the Equal Opportunities for All Trust Fund (EOTF) and Federation of Association of Women Entrepreneurs in Tanzania (FAWETA).

This simple request for a focus on women’s empowerment was granted by the government, and in partnership with the Ministry of Community Development, Gender and Children (MCDGC), Ministry of Finance and Bank of Tanzania (BOT), the Tanzania Women’s Bank was established in 2007 with 97 percent of shares belonging to the Government and 3 percent to private entities.

The bank first opened its doors to the public in 2009 and a only few months later had 500 customers. Now in their third year, they have over 30,000 customers, 70 percent of whom are women. The bank works to alleviate the problems many women entrepreneurs face including high interest rates, lack of collateral and no access to financial services in rural areas. TWB however does not restrict its services to women as it provides services for all eligible low-income earners, small businesses and Small and Medium Enterprises (SMEs).

Margreth Chacha, the woman at the helm of TWB is a veteran in the financial sector with over 27 years of experience in local and international organisations. She joined TWB after her role as Operations Manager for the United Nations Development Programme (UNDP) in New York. Her career trajectory speaks to her belief in the critical role of women in Africa’s development.

Under her leadership, Chacha has worked to raise the amounts entrepreneurs can borrow to finance their businesses. The bank also works with leaders of entrepreneurial groups to enable them work well with existing and aspiring entrepreneurs. This training TWB provides is especially important because, as Ms Chacha says, “some entrepreneurs are illiterate, some do not know how to access loans and use it. Yet they want loans.”

Recognising that the needs of women entrepreneurs go beyond just funds, Margreth Chacha extends herself to see that their entrepreneurial plans are realised, even when this includes stern sisterly advice.

In a recent meeting of a group of women entrepreneurs based in Dar es Salaam called Soul Sisters, Margreth pointed out, “entrepreneurship has its procedures which include saving, producing and discipline. Many women do not have discipline in their spending.  It is normal for them to mix business with luxuries such as cosmetics and clothes.”

This came with a warning for women who borrow from banks then introduce new expenses instead of using the money on the projects they originally intended it for. She said “this destroys the business and leads to failure to pay loans”.

As the leader of a financial organisation targeting women, Margreth Chacha is well-placed to recognise potential pitfalls. Hopefully, her charge to Soul Sisters will impact the 500 girls scheduled to benefit from their Stages of Growth in Girl Entrepreneurs (Stage) programme later this year.

If Tanzania and TWB under Margreth Chacha’s direction, keep up and expand this level of support for women, 6 percent economic growth will be within easy reach. Perhaps more importantly, poverty reduction will become a way of life and not simply a by-product of economic growth.