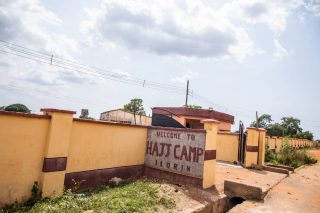 Due to the poor state of Isolation centres, Zimbabwe’s government has reduced by one-half the two weeks’ mandatory quarantine period set by the World Health Organization (WHO) for possible coronavirus (COVID-19) cases.

Speaking at a news conference on Tuesday April 21, Zimbabwe’s Health Minister Obediah Moyo said that the country lacks the resources to continue following the two-week quarantine period set by WHO for people entering the country. This made the country’s cabinet members make the decision of reducing the quarantine period to seven days.

Initially, Zimbabwe had put the quarantine period at 21 days, even longer than the WHO’s recommendation. However, the reduced time frame might come as good news for returning Zimbabwean citizens, who have been complaining on social media about squalid quarantine centers which reportedly do not have running water.

Report presented by government officials on Wednesday April 22 shows that Zimbabwe has so far spent 125,000 U.S. dollars on food and basic needs of 950 returning residents in COVID-19 quarantine centers, with exemption to the cost of accommodation.

However, health experts are of the opinion that the move made by the government could prove dangerous for the country. Dr. Alex Gasasira, the head of the World Health Organization in Zimbabwe, is urging those released to self-quarantine to minimize the spread of COVID-19, the disease caused by the coronavirus.

Gasasira explains the importance of keeping possible coronavirus patients isolated while doctors watch them for signs of the infection. “The 14-day is the average time incubation period between the time he is infected and the time he or she develops symptoms. So, if you spend more than 14 days without developing any symptoms. the likelihood is that you are not likely to be infected,” he said.

Also seen in Kenya, the government has come under scathing criticism for running the quarantine centres like prisons, extending days without as much as a word with those in the centre. Some centres have been singled out for not only having inhumane conditions but also exposing those quarantined to coronavirus.

A video posted on social media on Tuesday April 21 showed an unknown number of people in isolation at the Kenya Medical Training College (KMTC) headquarters in Nairobi escaping the centre. The escapees were seen climbing over the wall and landing on Mbagathi Road, in which they blended in with pedestrians and escaped towards Nairobi West. The violators were also seen carrying their suitcases and personal effects after throwing them over the concrete fence.

According to medical sources and eyewitnesses in Sudan, hundreds of individuals both believed to be sick with COVID-19 or under observation after recently travelling abroad had fled hospitals and isolation centres due to shortage of medical personnel, food and protective gear.

One of those who escaped from the isolation centre in Bahri, Ahmed Abdul Azim told MEE that he had been screened at the Argeen border crossing, where he was told he was at risk. However, Abdul Azim said he decided to flee the centre as it was not adequately prepared to receive patients.

African countries with cases of fleeing isolated patients are at very high risk, and liable to be stuck tackling the COVID-19 pandemic for a long time. It is therefore advisable that African leaders sit up and provide quality health care services as well as a conducive environment at its isolation centers. If an isolated patient does not feel safe, he or she will leave at the risk of spreading the virus, which could be chaotic for the country.