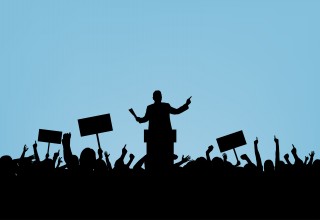 #Politics: This is why Twitter has become a unifying tool across Africa

An analysis conducted by public relations (PR) firm, Portland Communications, on Twitter usage in Africa for the year 2015 reveals that, in addition to the mostly entertainment, sports, commerce, and lifestyle-oriented topics, Africa is significantly leaning towards generating politically inclined topics of interest to discuss on the social media network. According to the report from Portland Communications, Twitter usage in Africa last year witnessed engagement in political debates more than in other parts of the world.

Nigeria and South Africa, numbers two and three countries with most tweets in Africa, dominated ‘political Twittersphere’ with the Nigerian 2015 presidential elections and #FeesMustFall accounting for the major sources of contribution to the heightened political commentary and consequent bolstering of regional integration on the continent’s cyberspace. Other countries that featured and contributed to political discussions on Twitter include Egypt (most tweets in Africa at 500 million) and Burundi.

Allan Kamau, the head of Portland’s office in Nairobi, comments that the visible advancement in the choice of subjects for discourse on Twitter in Africa emphasises the willingness of Africans to go beyond their regional boundaries to discuss certain political issues where they find common ground. This is because, as exemplified in the hashtags that developed from Nigeria’s 2015 elections and Burundi’s conflict, Africans harbour the belief that events in one African country affect other African countries, as the continent has a “shared destiny.”

As Africa seemingly progresses in terms of prioritising political discourse on social media, African leaders appear to not have found the relevance of political engagement on social media just yet. According to Twiplomacy reports for 2015, Africa is one of the continents with the least amount of government presence on Twitter, even though Rwanda’s President Paul Kagame happens to be the most conversational world leader globally with about 86 percent of @replies.