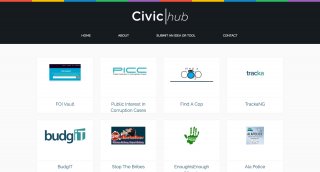 #ShineYourEye: BudgIT just made it easy for Nigerians to hold the government accountable

For years, Nigerians lamented over the fact that access to public information was seemingly non-existent in the country, especially for those without some kind of clout in government agencies and parastatals. Anyone looking for information in any of those offices (journalists and average citizens) often throw up their hands in surrender, condemning the black box mode of operation employed by public officials.

However, BudgIT Nigeria, the office in charge of providing simplified information on the country’s budget is changing that for the country’s citizens. Following the effective launch of civichub.com.ng Nigerians cannot only access public information but they can also become fully involved in governmental processes.

Shine Your Eye enables citizens to track the records of public officials, all the information they gather will help them make the right decisions during elections. Using this platform, citizens follow the activities of elected officials, connect with them and share their concerns. Citizens can also view profiles of elected officials that include such information as educational background, experience, legislative interests, phone numbers and email addresses.

Public Interest in Corruption Cases (PICC) is a tool of anti-corruption which actively employs citizen interest in existent corruption cases from the Economic and Financial Crimes Commission (EFCC) and the Independent Corrupt Practices and other related offences Commission (ICPC). It is an updated hub for filed corruption cases made available to citizens. PICC interest revolves around creating a more actionable nest of citizens demanding transparency and accountability.

Find-A-Cop platform helps citizens locate the nearest police stations in their neighborhoods. In the case of emergency situations such as robbery and other petty crimes that needs the attention of a police officials, the platform provide information and geo-location feature of police stations close to the inquirer. However, some Nigerians have said in the past that police officers often say they have no fuel to drive down to the scene of the crime to confront criminals, so what difference will this platform make?

There is no doubt that technology is playing an active role in citizen participation. It is expected that in Nigeria, these platforms will be fully explored by the citizens and that the government of the day will become more responsible as they discharge their duties for the betterment of the people.