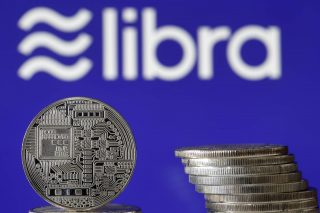 American payment company, PayPal has officially dropped out of Facebook’s Libra cryptocurrency association. But while the reason for this move remains unknown, PayPal insists that it would instead focus on its own core mission and business priorities.

The group also affirms that it will strive to democratize access to financial services for underserved populations. “We remain supportive of Libra’s aspirations and look forward to continued dialogue on ways to work together in the future,” PayPal said in a statement.

The Libra Association is Facebook’s effort towards building a single global digital currency – Libra. Earlier this year, the media giant announced plans to launch the digital currency in June 2020 for its 2.6 billion users, in partnership with other members of the association.

However, the project has experienced setbacks after several regulators, policymakers and international businesses all around the world became sceptical about it.

Regulators and government bodies have been scrutinizing Facebook and its cryptocurrency with major concerns over how the promoted currency could lead to anti-competitive behaviour.

A few weeks ago, Reuters reported that France and Germany agreed to block the Libra cryptocurrency in Europe.

According to Paris and Berlin, the virtual currency will give the platform an opportunity to claim monetary power. “No private entity can claim monetary power, which is inherent to the sovereignty of nations,” a joint statement from both countries says.

It is not clear if this opposition from the European Union (EU) may have contributed to PayPal’s decision. But experts say that Paypal backing out of the partnership before it’s even gotten off the ground is a huge blow to Facebook and the Libra association.

In response to this, the Libra Association has come out with a statement regarding Paypal’s decision. “It requires a certain boldness and fortitude to take on an endeavour as ambitious as Libra – a generational opportunity to get things right and improve financial inclusion,” said a spokesperson.

The Libra Association emphasizes that the road to achieving this uniform currency may be long and challenging, but the organization is more focused on providing these services rather than institutions.

“Commitment to that mission is more important to us than anything else. We’re better off knowing about this lack of commitment now, rather than later,” the statement reads.

PayPal is the first firm to walk away from the Libra Association, leaving behind 27 other multinational companies and nonprofits. There are speculations that companies like Mastercard and Visa are also reconsidering their involvement in Libra.

In the meantime, Facebook and other members of the Libra Association are due to meet this month in Geneva to appoint its first board of directors.