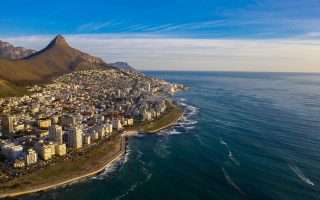 Which part of South Africa is most visited?

For anyone wondering where the best places to visit in South Africa are, this page will give you the low down on the most visited cities and national parks.

South Africa welcomes tens of millions of visitors every year. However, not all of those travelers come to South Africa to experience and see the same things. There are, of course, world-class safaris and surfing or diving, but South Africa also has a vibrant music scene, excellent golf courses, alongside rich history and a blend of cultures.

The types of activities visitors are interested in will help inform their decisions about which cities and areas of the country to visit. South Africa is unique in that its complex colonial history distributed its centers of commerce and culture into three hubs, resulting in the establishment of three capital cities. The capitals of South Africa are Pretoria, Johannesburg, and Cape Town. Travelers will be able to decide which cities or regions of the country they most want to visit by the activities they are traveling to South Africa to participate in.

South Africa is famous for its recent apartheid history, which was born out of its colonial past. When it comes to tourism, the country doesn’t shy away from this history, instead, it uses locations such as Robben Island, the powerful former prison where Nelson Mandela was held, as a teaching tool, attracting over 300,000 visitors in 2017. Robben Island sits off the coast of Cape Town, but it isn’t the most popular tourist destination in the famous city. Over one million tourists visit the cable cars on Table Mountain every year to take in the famous views.

Even though Cape Town might be a popular city to visit in South Africa, it is far from the only city where tourists go to explore the country.

Other Cities in South Africa

Travelers who are looking to spend their holidays in a more urban environment tend to stick to Johannesburg. Once thought to be off limited to vacationers, the South African government has made an enormous effort to clean up the city, resulting in a popular place for foreigners to come experience the country’s bustling business capital. In fact, thanks to this work, which reached its zenith heading into the 2010 FIFA World Cup, Johannesburg managed to overtake Cape Town in 2016 as the most visited city in all of South Africa. Along with the focus on enacting change, it has its shopping and arts districts as well as its focus on historical monuments to thank for this jump.

Another city that has seen its popularity rise in recent years is the coastal city of Durban. Located in the eastern section of the country in the KwaZulu-Natal Province, Durban is seeing a massive renaissance thanks to its famous Golden Mile coastline and its welcoming vibes for young people to experience its renewed focus on nightlife.

While cities like Johannesburg, Cape Town, and Durban are wonderful destinations, there are no doubts about the main reasons why so many tourists visit South Africa each year.

South Africa is known far and wide for its incredible national park system. The country is home to some of the most popular safari destinations in all of Africa, boasting numerous parks that routinely attract hundreds of thousands, if not millions, of visitors annually. The most visited park in all of South Africa is the famous Kruger National Park. Kruger sits in the northeastern section of South Africa and boasts some of the most diverse wildlife of any park around.

Some travelers want to see as many different species of animals as they possibly can. On the other hand, there are those people who go on safaris looking to catch a glimpse of their favorite animal in particular. For travelers who love elephants, the Addo Elephant National Park is the place to go. The park is home to about 600 elephants, and because it is on the coast, visitors can catch sight of not only the largest mammals on land but also some of the largest in the ocean as well.