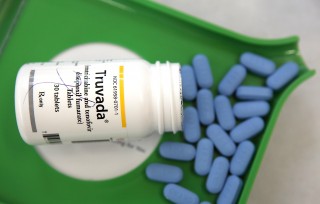 Among the many countries hit hard by the COVID-19 outbreak, South Africa ranks top in sub-Saharan Africa with the highest tally of infections – over 710,515 cases (642,560 recovered and 18,843 deaths) – as of Friday, October 23, 2020. The pandemic succeeded in crippling economic activities in Africa’s most industrialised economy for months, with only businesses that offer essential services left to operate.

Although the pandemic made the extraction industry comatose for more than five months, businesses in the healthcare and pharmaceuticals sector have seen growth. Since the coronavirus broke out, players in the South African health services industry have employed technology to meet the demand for medicine while curbing the outbreak. Many pharmacies and medical outfits partnered with logistic companies to deliver medicines to patients at home, making it easier for people to buy drugs online.

For instance, Clicks Group (South Africa’s biggest drugstore) recently announced that it saw a 13.7 percent growth in annual earnings despite the pandemic. Turnover for the year ending August 31 increased by 9.6 percent to 34.4 billion rand ($2.11 billion) while Headline Earnings Per Share (HEPS), the main profit measure in South Africa, rose to 754 cents from a restated 663.6 cents last year.

The company now plans to initiate an expansion strategy that would see it open more outlets across the country. According to a recent report, Group CEO Vikesh Ramsunder mentioned that the company plans to expand its network by opening 25-30 new stores and 30-35 pharmacies in mostly neighbourhood convenience stores by the end of 2020. This would create an increase in employment for qualified residents and a contribution to the national GDP based on the execution of its economic activities.

Clicks Group further plans to leverage its reach and distribution network to sell COVID-19 vaccine once one becomes available. It also plans to make the vaccine available at stores and train its pharmacists to effectively administer them, subject to governmental approval.

Recently, Uber Eats’ South African unit announced the launch of an app-based, over-the-counter medicine service to partake in the fast-growing online shopping sector. With the majority share of the country’s $600 million food delivery market, the company wants to leverage its reach to expand delivery offerings in an all-in-one app that already offers ride-hailing and grocery delivery services.