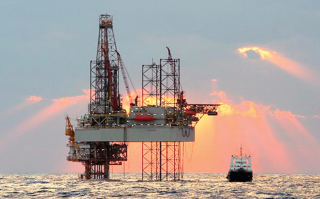 As the crash in the price of crude oil continues, data from the Organisation of Petroleum Exporting Countries showed that Nigeria’s daily crude oil production fell by 67,000 barrels per day last month, thus making Nigeria lose its status as Africa’s top oil producer to Angola.

Pipeline vandalism and the destruction of oil and gas facilities in the Niger Delta have been causing Nigeria huge revenue losses and preventing the country from meeting its daily crude production targets.

In its Monthly Oil Market Report for April, which was released on Wednesday, OPEC reported that Nigeria produced 1.677 million barrels per day (bpd) in March, down from 1.744 million bpd in February, while the Angolan oil output rose from 1.767 million bpd to 1.782 million.

It should be noted that this is the second time in four months that Nigeria has been displaced from the top position by Angola in the production of crude oil in Africa.

In November last year, OPEC’s statistics showed that Nigeria’s production fell by 250,000, causing it to produce 1.607 million bpd, down from 1.812 million bpd in October. While Angola produced 1.722 million bpd, compared to 1.607 million bpd the previous month. Nigeria, as a major player in the global oil market, loses about 250,000 barrels daily due to this drop in production, leading to a low supply of gas and the loss in production capacity for most of the power plants in the country.

As a result of becoming Africa’s top oil producing nation, western countries may be more willing to conduct more business with Angola as it shows how reliable and secure their channels of oil production are, further reducing Nigeria’s potential revenue from oil. When this happens the following features are likely to occur:

Oil companies may lay off workers

The reduction in profits of companies like shell, chevron etc. will have severe consequences, some of which will include job cuts, layoffs and lower spending.

If oil prices keep falling and Nigeria keeps producing below its capacity due to negative externalities, given the weak level of foreign reserves, present economic pressures will remain and this may lead to government spending cuts. The government may also be forced to go to the capital market to issue bonds and borrow more money hence, increasing domestic debt.

Revenue will reduce due to the fact that Nigeria will be unable to get a substantial amount of returns from its primary export product, oil. The fall in prices coupled with a fall in oil production will massively reduce its revenue as a nation.