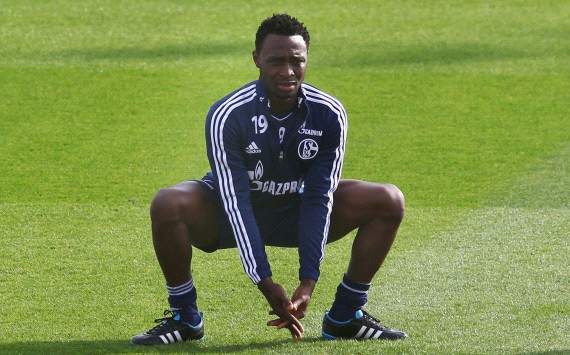 Nigerian international, Chinedu Obasi has sealed a move to Schalke. The former TSG Hoffenheim attacker has secured a  €5 million deal which  would keep him in the club until 2015.

Schalke activated the purchase clause in the 25-year-old’s loan contract  after a series of stellar performance from the attacker.

According to Schalke’s  sporting director Horst Heldt, “He is on the right track with us. This is why we have decided to exercise the buy option in his loan deal,”

“He is a very important player as he can fill in superbly in attacking midfield, regardless if it is on the left or right wing. We have not had any issues with him, we plan ahead with Chinedu in mind.”

Obasi expressed his delight at penning the contract which makes his January loan move to the Veltins-Arena a permanent one.

“I am delighted by the additional time at Schalke. It is a really big club and a great team who are always competing for titles,” said Obasi.

The Gelsenkirchen club is one of the best supported clubs in Germany even though success has been rare in recent times. Schalke currently sit third in the Bundesliga, and later this week face Athletic Bilbao in the Europa League quarter-finals.