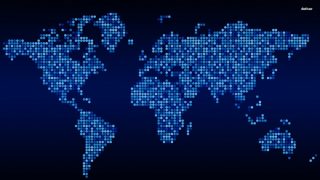 NSIA Technologies becomes New Digital Africa (NDA) following the purchase of 100 per cent of the capital and assets of NSIA Technologies from the NSIA Group by a group of investors in conjunction with management.

It is now known as the holding company NDA Participations and will assume the control and development of the Group through four business units (Telecoms, Data Center, Cloud and Cybersecurity and Business Solutions) and entities specialised in each of the service lines.

They share the same mission, which is, “To accelerate the continent’s digital transformation by providing world-class infrastructure and tailor-made solutions, enabling businesses to maximise their effectiveness, profitability and security.”

The years of incubation and provision of services within the NSIA Group – a benchmark African financial group, have permitted the management and teams to build a culture of respect for international commitments and standards while also cultivating an entrepreneurial spirit.

The NDA Group is made up of 16 companies spread over three African countries (Ivory Coast, Benin and Burkina Faso). Its objective is to position itself as a strategic partner of companies, to extend its commercial presence in West and Central Africa and to triple its turnover by 2025.

“After more than ten years of development within the NSIA Group, the change of brand reflects our desire to build an African champion of the new digital economy by 2025”, commented Ange Kacou Diagou, Chairman and CEO of the New Digital Africa group.

New Digital Africa is an African group specialised in information and communication technologies based in Abidjan, Ivory Coast. Specialised in the Telecoms, Data Centre, Cloud & Cybersecurity and Business Solutions services markets, the group is currently established in Benin, Burkina Faso and the Ivory Coast and intends to establish itself in other capital cities of West and Central Africa very soon.

Founded in February 2012 within the NSIA financial group as a shared service centre that has become a major player in digital services in the region, the company has gradually gained in autonomy, today becoming an independent group with the ambition of becoming the benchmark technological group on the African continent, covering the entire digital value chain.