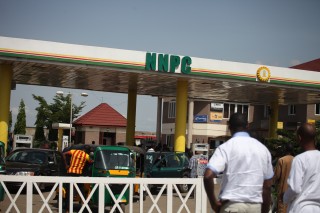 On Friday, 5 February 2021, the Nigerian National Petroleum Corporation (NNPC) announced the commencement of negotiating commercial terms with top oil companies in the country.

According to a report, Mele Kyari, Group Managing Director of the NNPC mentioned that new commercial terms were being negotiated and would be finalised before a pending oil overhaul bill is passed. The move aims to boost revenue and attract more investments into the country’s oil sector that was badly hit by a global oil price slash and the COVID-19 (coronavirus) pandemic in 2020.

Although the terms of negotiation were not expressly stated, Kyari mentioned that companies would have the option of the newly negotiated commercial terms or moving to the updated terms outlined under a new and long-awaited oil overhaul bill the parliament promised to pass in May. However, he noted consciousness of  “the fact that people have choices, companies will make choices to leave countries when they have to.”

The new move comes at a time when Nigeria’s economy is battling a recession that has triggered a cut in spending. Food prices also increased, prompting an  abnormal acceleration in headline inflation.

Meanwhile, oil companies like Royal Dutch Shell, ExxonMobil, Total and Eni, are cutting billions in spending after taking hits to their profits, shifting money to renewable fuels and focusing only on the most cost-effective markets.

In a recent move in furtherance of a resolution passed at its last annual general meeting in October, ExxonMobil (now called 11 Plc) plans to delist over N360.592 million ordinary shares from the daily official list of the Nigerian Stock Exchange (NSE) by the end of the first quarter.

In a statement, the company mentioned that the purpose of delisting is to enable it explore strategic opportunities, alliances and collaborations that can bolster earnings and/ or provide synergized benefits with little or no regulatory obligations.

Nigeria is Africa’s largest oil producer, with an economy that heavily depends on the oil sector for half of its budget and 90 percent of its foreign exchange.