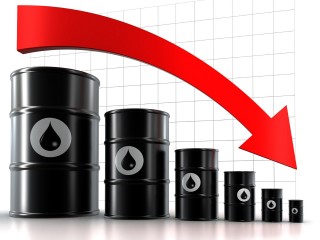 In the wake of the recent attacks on oil pipelines and production facilities by militants in the Niger Delta, Nigeria’s crude oil and condensate production has declined by almost 50 percent from the beginning of the year till now. Production has gone from about 2.2 million barrels per day in January 2016, to 1.7 million in April, around 1.4 million mid-May, and now 1.1 million bpd.

Renewed militancy in the Niger Delta, in the identity of the Niger Delta Avengers (NDA) has resurfaced to disrupt years of relative calm in the oil rich region, but even more unfortunately, to worsen Nigeria’s current economic woes. This past week, there were two attacks on major oil producing facilities in the Niger Delta. The Escravos Tank Farm operated by Chevron was blown up by the group last Thursday, followed by another pipeline explosion on Saturday, for which the group took credit.

These continued attacks by the NDA has crippled oil production and export operations, pushing output to more than a 21 year low, forcing Nigeria to lose its status as Africa’s top oil producer. And things could get worse. With total production losses currently estimated to be around one million bpd, being Africa’s number one oil producer should be the least of the country’s worry, as it is gradually losing its spot as a major player in the global oil market all together.

Currently, three Nigerian crude export grades – Forcados, Bonny Light, and Brass River – are under force majeure as a direct result of the attacks by NDA. This has led to a decline in the supply of gas, resulting in a loss in production capacity for most of the country’s power plants. For several months now, Nigerians have suffered epileptic power supply, and total blackouts. These attacks also means less revenue returns for Nigeria, whose primary export product is oil.

Last Thursday, the federal government and the nine states of the Niger Delta region agreed to jointly raise a security team, which would be made up of ex-militants, to curb growing militancy. In this meeting, the Minister of State for Petroleum, Dr. Ibe Kachukwu, called on state governors in the Niger Delta region to be actively involved in providing lasting solutions to the resurgence of pipeline vandalism.

The NDA have proven themselves to be very effective in their attacks on major oil facilities in the Niger Delta, and have shown no signs of backing down. If they are allowed to continue at this rate, then it’s safe to say the country is pretty much doomed, especially as they have restated warnings to oil firms to shut down operations or face more devastating attacks.

Surely, something more urgent than just a meeting needs to happen at this point.