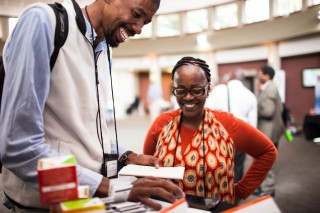 The first place I learnt about the importance of having a bank account was in church. That brief lecture after Sunday school was simple enough to motivate anyone. I assumed my age group was the target audience(I was still a teenager), but I was wrong. When it was time for questions, young adults, middle-aged people, and the elderly who I thought had life figured, debated whether a bank account was necessary. This was over a decade ago. You’d assume we’ve moved past that. But that’s not the case. At the end of 2020, 36 per cent of Nigerian adults remain completely financially excluded, according to a report by Enhancing Financial Innovation and Access (EFInA).

What does financial inclusion (actually) mean?

Most countries use narrow definitions of financial inclusion, often using bank account ownership or access to savings/loan products as proxies for financial access. This way, it becomes easy to measure by asking whether people have a bank account or not.

However, this approach does not fully capture the essence of financial inclusion. It doesn’t include people’s ability to afford the financial products that they need to preserve and grow their wealth. Furthermore, close-ended measurements don’t account for the diversity in financial exclusion within a country. For example, Nigeria is doing better than many of its African peers in terms of banking penetration—only South Africa is doing much better. However, outside retail banks, Nigerians do not access financial products in many other ways. Meanwhile, over 50 per cent of Tanzania’s financially included population relies on non-bank channels like mobile money. As a result, Nigeria has much more people financially excluded.

As Africa’s largest economy, Nigeria has the potential to both lead and fast-track the continent’s financial inclusion journey. However, economic instability, amongst other factors, has made progress uncertain; 60 per cent of Nigerians live below the poverty line. Research shows that poverty, rural lifestyle, and illiteracy are all barriers to inclusion. Today, banking leads other sectors in financial inclusion, with nearly three in ten adults (29 per cent) having bank accounts. Three per cent of adults have mobile money accounts, and the same number have non-bank financial accounts.

Nigerians have shunned non-bank financial channels for a long time. In 2008, 26 per cent of Nigerians accessed financial services mainly through formal and informal non-bank channels. In 2018, that fell to 24 per cent. In other words, all the gains that Nigeria has made on the financial inclusion front has happened through the retail banking sector. Other formal channels have risen too, but that has been countered by a drop in informal financial services.

Financial service is a business, so the players in this sector are out for profit. The CBN might set financial inclusion targets, but it can’t create bank accounts. As a result, the nation’s high poverty rate makes it difficult to achieve financial inclusion. Operating a bank in Nigeria is expensive. Banks transfer the cost of operation to account holders, meaning that Nigerians who cannot afford to manage a bank account are left out. Moreover, banks focus their products (e.g. loans) on more profitable middle and high-income customers, leaving low-income Nigerians to rely on informal financial products like thrift savings (Ajo).

Also, Nigeria has an infrastructure problem. The International Monetary Fund (IMF) has argued that Nigeria needs to spend $35 billion every year for five years to plug its infrastructure gap. The current Medium-Term Expenditure Framework (MTEF) that runs to 2022 lays out annual infrastructure spending of just $5 billion. Weak infrastructure makes it expensive for banks to reach rural customers.

Furthermore, in most cases, driving financial inclusion requires some form of literacy. For example, opening a bank account is difficult for a person who can’t read and write. So even if you successfully convince an uneducated person to have a bank account (which is also a challenge), they will still need help. Besides having a rural population of 48 per cent, Nigeria still has a low literacy level of 62 per cent.

The eclipse of community banks

However, community banks suffered poor regulatory oversight from the National Board for Community Banks. The business model was also faulty as it placed so much emphasis on providing financial services like loans and paid too little attention to risk management and debt recovery. This flawed approach meant that many community banks faced liquidity challenges and became unviable, stopping them from meeting the objective of driving credit in local communities.

The rise of fintechs and telcos

Fintech is leading the growth of Nigeria’s tech industry. Most VC funding goes to startups in this sector as the big bet is still on Nigeria’s largely untapped market. Some even argue that fintech will lead to the disposal of traditional banks.

The overall model for fintech companies is to provide financial services while removing the difficulty in the traditional system. Banks have concentrated in more profitable urban areas, far from the rural customers they are meant to serve. But with fintech, financial services such as savings, loans and investments can now reach a larger demographic.

But it’s not just startups. Telecommunication companies also want to be part of this market. And it’s not unreasonable: Nigeria’s telcos have made notable strides in the country. The Nigerian Communications Commission (NCC) says that telcos reach up to 98 per cent coverage and are present in all but one of the 774 local governments in the country, compared to seven bank branches per 100,000 people in Nigeria for commercial banks.

Is digital money the silver bullet?

On the 25th of October this year, the CBN launched an e-Naira — a blockchain-distributed form of the fiat naira. Among other propositions, the CBN claims it will increase financial inclusion. The main arguments in favour of the eNaira regarding financial inclusion are that it would improve access to digital financial services, enhance the efficiency of payments and lower the cost of financial products and services. Central Bank Digital Currencies (CBDCs) are controversial today because of their centralised nature. However, they can also have positive effects on the economy.

The concept of digital money is popular, so it can work in Nigeria. But it needs both acceptance and infrastructure to work. A large portion of the informal sector today still want to be paid in cash. Roadside plantain sellers do not care about digital payments, partially because most of their procurements require them to pay in cash. Rural populations and the elderly, who constitute a large percentage of the financially excluded, still rely on cash. It requires more than e-money to reach them with financial services. For the e-Naira to achieve its goal of financial inclusion, it needs a network of agents in target communities to speed up its adoption.

There’s also the obvious hurdle of literacy, which fintechs also face. Making transactions on mobile apps is great, but only for learned people. This is why mobile money services such as OPay, Paga and MTN’s MoMo gain quicker penetration and secure larger investments. Financial inclusion is only effective to the extent to which it removes barriers.