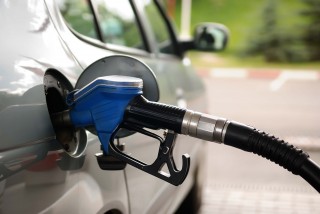 Nigeria’s long walk to fuel subsidy removal… or maybe not

I vividly recall how the year 2012 began under the Goodluck Jonathan administration. On the second day of the new year, a nationwide protest shook the country. Fuel stations were closed, and Nigerian youths used major roads and streets as a football pitch. The protest, which included civic unrest, civil resistance, strike activities, and online activity, was a direct response to the federal government’s elimination of fuel subsidies on January 1st.

Nigeria is Africa’s largest oil producer, but it imports refined petrol despite having four refineries that have become dysfunctional. Oil explorers in the country export crude to foreign refiners and imports its back to the country for sale to downstream players. The imported fuels are often unsafe and unclean, falling far below officially recommended standards, and cannot be sold anywhere in Europe. But they come at a high cost to the Nigerian government. To offset the high costs of international refining, the government sets the price of petrol for Nigerians at a lower level than the international price by paying a subsidy.

This subsidy costs the government a fortune – N102.5 billion monthly. Now, the Nigerian government is saying enough of that. Last October, the Minister of Finance, Budget, and National Planning, Zainab Ahmed, announced the federal government’s plan to remove fuel subsidies this year. If this happens, the petrol price which sells for N162-N165 will increase to about N302 per litre. To mitigate the immediate effect of the subsidy removal, the government said it would give a monthly transportation grant of N5,000 to 40 million poorest Nigerians for a year.

Nigerians criticised the fare grant as a “carrot and stick” approach. People questioned why fuel subsidy, which costs the government a lot of money, should be replaced with a conditional N5,000 distribution to poor citizens, which would be more expensive. The Federal Government will spend N2.4 trillion yearly to implement the planned N5,000 monthly handout to 40 million Nigerians, 81.71 per cent more than the average annual subsidy payout from 2016 to 2019.

The current trend on subsidy reduction is the government’s umpteenth attempt to eliminate subsidies. Since its adoption in the 1970s to mitigate the effects of the Great Inflation, various administrations have attempted to eliminate fuel subsidies at various times. The most recent attempt happened during President Jonathan’s presidency in 2012 and sparked the Occupy Nigeria protest. Following the protest, the government reintroduced a partial subsidy that saw oil prices slashed by 30 per cent.

As usual, every attempt by administrations to remove fuel subsidies is met with some support and resistance. Last year, the International Monetary Fund (IMF) advised the federal government to remove fuel and electricity subsidies early this year. The World Bank shared a similar opinion and called on the Nigerian government to end its “expensive fuel subsidy regime” within three to six months.

Many Nigerians perceive these international lenders as emissaries of imperialism. The Nigerian Labour Congress believes the IMF and World Bank influenced the government’s decision to remove the subsidy on fuel. The congress described the development as an open invitation for unrest and revolt. The Nigerian Senate claims there is no provision for the conditional transportation grant in the 2022 budget. Hence, subsidy removal isn’t achievable.

These debates indicate the centre is not yet at ease with fuel subsidy removal. However, irrespective of these debates, the subsidy on fuel will eventually be removed because it is unsustainable. The country is broke. Several economic indices have shown that the country is in dire need of some revenue boost. In 2020, the federal government expected a total income of N5.37 trillion; however, total revenue was N3.42 trillion, signifying a revenue performance of 63.71 per cent. Of the N3.42 trillion generated as revenue, Nigeria expended N3.34 trillion on debt servicing. Last year was no different. The FG spent N4.2tn servicing debt between January and November, representing 76.2 per cent of the N5.51tn revenue generated during the period.

Why is it so difficult to get rid of the subsidy?

The rich are beneficiaries of fuel subsidies. Poor Nigerians do not own or fuel personal car(s). As a result, their fuel usage is negligible in comparison to the wealthy. Statistics show that persons at the bottom of the social ladder have little or no influence on fuel consumption. The World Bank notes that the poorest 40 per cent of people in Nigeria consume less than three per cent of the total available premium motor spirit in the country.

Inflating estimates for oil imports and over-invoicing the government for the cost of imports benefits those in power. Others (fuel importers) profit from Nigeria’s fuel subsidy by purchasing fuel for local consumption and then smuggling it to sell in neighbouring countries such as Cameroon. With such huge gains from the subsidy, the wealthy use their political positions and connections to sabotage any attempt to eliminate fuel subsidies.

Another significant factor is a lack of trust between the government and the general public. The government intends to redirect the monies to vital areas of the economy such as education, health, entrepreneurship, and infrastructure upgrades where they are required. However, years of failed promises do not make an average Nigerian believe these intentions. For Nigerians who experienced the hoarding and inequitable distribution of palliatives and conditional cash transfer meant to mitigate the effect of the harsh economic condition of the pandemic, the planned government transportation stipend is a blatant ruse. Therefore, people often have no choice but to fight tooth and nail to prevent increasing hardship.

The withdrawal of subsidies has a two-edged effect on the economy. However, the immediate and most significant impact on the Nigerian economy is increased inflation. Nigeria is presently experiencing high double-digit headline inflation. And this will be exacerbated by the removal of the fuel subsidy. Last December, the inflation rate reached 15.63 per cent, owing, in part, to a sustained increase in food inflation. This is the greatest fear of the average Nigerian. People who are already struggling to make ends meet will have to go the additional mile to cater to their necessities as commodity and service costs are sure to rise.

However, the effect of subsidy removal is not entirely negative. Removing the fuel subsidy will increase the government’s spending ability and minimize its over-reliance on borrowing. Money earmarked to finance subsidies could be redirected to other critical areas of the economy, such as education, health, and infrastructure. Nigeria has a huge infrastructural deficit. The National Integrated Infrastructure Master Plan (NIIMP) estimates a $2.3 trillion investment is required to finance infrastructures from 2021 to 2025. This will help to develop the infrastructure needed to strengthen the Nigerian economy, improve the quality of life for Nigerians, create jobs, and boost the country’s global competitiveness.

Lastly, the subsidy removal would shift the government’s attention to its nonfunctional refineries and welcome new players into the industry. The government has squandered $9.5 billion over the last decade on the ailing refineries. Nigerians would put pressure on the government to reopen these facilities if fuel subsidies were removed. Because of the mode of operation of the oil sector, there has been little or no investment in it. The NNPC refines/swaps crude offshore at international prices and sells at mandated local prices. Hence, no private company is ready to build a new refinery where the firm cannot determine its selling price to make a profit. The removal of fuel subsidies will give way to deregulation in the sector.

PS: The government has put a halt on fuel subsidy removal as of the writing of this article. Minister of finance, budget, and national planning Zainab Ahmed stated that the government has recognized that the timing of the planned elimination of the petrol subsidy is “problematic” and will exacerbate the suffering of Nigerians. For the time being, the administration will keep fuel subsidies in place and modify the 2022 budget to provide funds for that purpose.

However, while it is thoughtful of the government to take this step due to the present harsh economic condition in the country, Nigerians should be prepared for fuel subsidy removal in the future.