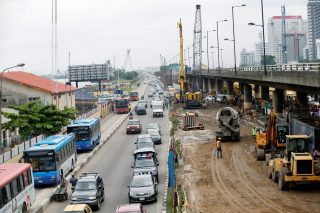 The Nigeria Labour Congress (NLC), an umbrella organization for trade unions in the country, has said it will go on a nationwide strike if the government fails to reverse the recent increase in electricity prices and the removal of fuel subsidy in the next two weeks.

A recent hike in pump price of fuel and electricity tariff was “ill-timed and insensitive to the sufferings that Nigerians are going through at the moment especially in the wake of the… Covid-19 pandemic,” NLC said in a communique dated Wednesday, September 16, 2020, threatening indefinite strike action.

“The NLC will begin a mass mobilization of the Nigerian people, professional groups, religious organizations, market women, the informal sector, and allies in the Congress civil societies, towards total compliance to the indefinite strike action,” the group’s Central Working Committee (CWC) said.

All affiliate unions of the congress have also been called on to “fully mobilize their members in readiness for the strike action” in the event the government fails to meet the group’s demands for a reversal of the price increments.

The two-week ultimatum was issued after a meeting of the CWC in the capital, Abuja. The Committee also called on the government to resuscitate Nigeria’s four public refineries and build new ones as a “sustainable response to the perennial instability and hike in the pump price of refined petroleum products – particularly petrol, diesel, and kerosene.”

The Nigerian government is now expected to hold crunch talks with labor over the next two weeks. It is unclear what stand the state will take but it is unlikely to give in to the actual demands of the group – reversing the subsidy removal on fuel and power – with government finances hugely affected by the global coronavirus crisis.

However, the government could consider some other form of palliatives to soften labour’s resolve, experts say, with the hope of reaching a bargain and preventing the strike action that could jeopardize this year’s independence day celebrations on October 1.