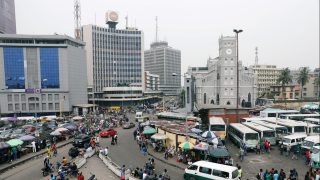 Nigeria’s major labour groups have suspended their planned nationwide protest and rally scheduled to hold from today after a late-night meeting with a federal government team at the capital Abuja.

The Nigerian Labour Congress (NLC) and Trade Union Congress (TUC) had scheduled September 28 for a nationwide protest against recent increases in the prices of petrol and electricity. Both parties have now agreed to delay the application of the cost-reflective electricity tariff adjustments for two weeks.

The suspension of the protest was announced by the minister of labour and employment, Chris Ngige, and contained in a five-page communiqué signed by all the parties involved in the meeting which ended in the early hours of Monday.

“Definitely correct. We just left a press conference. We signed a document to suspend the action for two weeks for the government to implement those things that we agreed in the agreement. So, we are suspending for two weeks,” TUC President Quadri Olaleye said in an interview with The Punch.