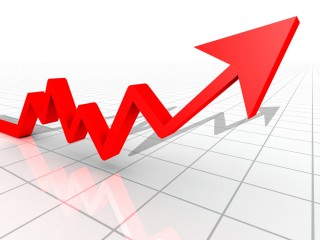 On Tuesday, the National Bureau of Statistics (NBS) revealed that the consumer price index rose to 15.6 percent in May, recording the country’s highest inflation rate since February 2010 and signaling the fourth consecutive quarterly rise in inflation.

The most populous nation in Africa now has the 8th highest rate of inflation on the continent behind countries including Ghana and Mozambique, with rates of 18.7 percent and 18.27 percent respectively. The figure of 15.6 percent indicates a 2.7 percent increase from last month and an increase of 1.9 percent compared wit the period last year. This figure is the highest since February 2010 when the figure was matched. The Abuja-based NBS highlighted that the rise in prices was driven by “a faster pace of increase across all divisions that contribute to the index.” They further stated that “increases in electricity rates and other energy prices combined with imported goods as well as a draw down of inventories across the country” led to this steep figure. CSL Stockbrokers limited point out that along with the rise in energy costs, the currency weakness adds to the fact that inflationary pressures and the uncertainty surrounding the Central Bank of Nigeria’s new policy does little to abate this.

The increase in the official rate of inflation comes amidst slowing economic activity as unemployment fell to 12.1 percent from 10.4 percent in the first quarter of 2016, the sixth consecutive quarterly rise since Q1 2014, and several businesses are being forced to retrench even more staff. The recent figures come as no surprise to Nigerians who have endured sharp surges in the prices of several staple foods as well as petrol since the government abandoned the controversial oil subsidy scheme alleged to be riddled with corruption. These price hikes were reflected in the figures as the highest increases were recorded in electricity and liquid fuels and the food sub index rose 2.6 percent month-on-month driven by increases in both domestic and imported food production. The highest increases in the food index were recorded in fish, vegetables & fruits and bread and cereal.

However, the predicament is likely to get worse before it gets better as economic analysts say that the policy announcement today is likely push prices further. The CBN revealed, at the end of May, that it will allow market forces determine the value of its currency the Naira, leaving a small window allowing it to moderate in some instances considered critical to the country’s economic growth, and will apply foreign exchange at an adjustable rate between N230 and N250 depending on the rate at the parallel market. This policy will certainly put pressure on the prices of goods that relied on the official rate, thus leading to an initial surge in prices. The Financial Derivatives Company Limited (FDC) stated in its comment that “with the economy grappling with negative growth, policy makers are unlikely to favour an increase in benchmark interest rates.”

The rise in gas and diesel prices do not show any signs of abating due to the continuing vandalisation of critical pipelines in the Niger Delta. The Niger Delta Avengers who form the latest militant group out of the Niger Delta region, have indicated a willingness to talk to the government, and this is progress, however little.