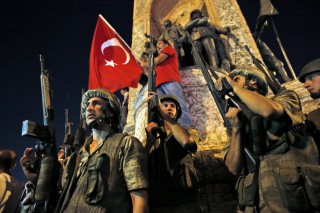 “As a country, we owe a responsibility to our citizens to know exactly where they are or how they are faring in their host country…” – Honourable Rita Orji, Chairman, House Committee on Diaspora Matters

Over the past week, close to 50 Nigerian students have been arrested and detained in Turkey for their schools’ alleged ties to the botched coup attempt of July 15. Some others had their passports seized and were immediately deported upon arrival in Turkey for a new academic session. The Turkish government has been on a crackdown since the failed coup attempt three months ago, shutting down schools allegedly linked to the Gulen movement.

Weeks after the failed coup attempt in July, the Turkish government asked Nigeria to shut down 17 schools said to be linked to the Gülen movement. The request was made by the Turkish Ambassador to Nigeria, Hakan Çakil, who said Turkey had nothing to do with the schools and was separating itself from schools bearing the country’s name in Nigeria. Nigeria did not heed Turkey’s request, and this may have motivated Turkey’s recent behaviour towards Nigerian student.

Nigerian students in Turkey say that the Turkish government has declared a war on them and that they feel targeted, therefore they stay in hiding for fear of being arrested or deported. “We are scared of leaving our rooms for fear of being arrested and charged with terrorism, or deported. There is a man-hunt for Nigerian students in Turkey,” a student told The Cable.

In a sitting in Abuja last Tuesday, members of the House of Representatives expressed anger and discontent over the recent developments in Turkey as the issue was reported via a motion of urgent national importance. Rita Orji, Chairman, House Committee on Diaspora Matters told Vanguard newspaper, that the detention of Nigerian students in Turkey was an insult to Nigeria and a disrespect of the country’s sovereignty.

“… This is an issue of how you respect the sovereignty and dignity of where they (Nigerian students) come from … Couldn’t they have called on the government of Nigeria before taking such drastic actions?” Orji asked. The House called on the federal government to promptly interfere and explore all diplomatic options to secure the release of the students from detention.

“It is high time we rise up to this challenge so people will know that the life of every Nigerian matters … the life and rights of every Nigerian student abroad matter,” she stated, adding that if nothing is done, other countries might toe the same line confident that they would not be held accountable when Nigerians are treated poorly.

Although the Permanent Secretary of Nigeria’s Ministry of Foreign Affairs, Mr. Sola Enikanolaiye had said earlier that the government has met with Cakil, to demand the release of the detained students and also offer a reasonable explanation for Turkey’s behaviour towards them, there has been no response to that end.