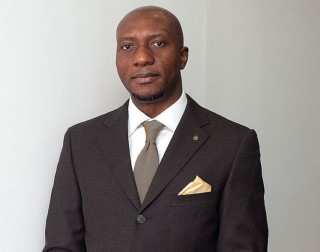 The Bank is already quoted on the NASD OTC Plc–a securities exchange for the trading of unquoted public companies–, however, would be the first company to transfer from the NASD OTC to the NSE.

Jaiz Bank will be listing a total of 29.46 billion ordinary shares of 50 kobo each at 1.25 naira, indicating a start-off market capitalisation of 36.83 billion naira. The non-interest bank would be working with three investment firms–Finmal Finance Services Limited and Kundila Finance Services Limited and Inverness Wealth Management Limited to facilitate the listing.

The bank has more than 20,000 shareholders, including shareholders such as the former Chairman of First Bank, Umaru Mutallab, industrialist Aminu Dantata, and development finance institution- Islamist Development Bank.

The listing will be executed by way of an introduction, however, the company has indicated its interest in an Initial Public Offering (IPO). An IPO by the bank could make it the first public offering 2017. The NSE has had a setback in IPOs as there was no recorded public offering in 2016. Interswitch, which was supposed to be listed on the exchange through an IPO in 2016, suspended its listing.

MTN Nigeria has stated their plans in 2016 that it would undertake an IPO on the NSE in 2017 to raise an investment of $1 billion. The IPO is part of the company’s conditions in the reduction of their fine for failing to disconnect 5.1 million unregistered subscribers.