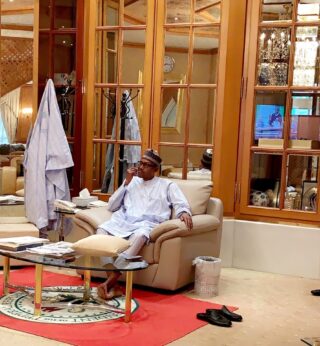 Nigeria’s debt problem is every shade of confusing

What’s this foreign debt all about?

Nothing special. It’s just that thing we do when we’re not sure how we have so many ways to make money but still end up broke.

Isn’t that like the story of about 90 per cent of serial entrepreneurs?

I don’t know about that number, but you’re not far from the truth.

Are you sure you want me to explain what this means? I said “many levels of confusing”, not all levels. This one is self-explanatory: debts from foreign countries.

Right… So what’s up with Nigeria?

Let’s say Nigeria is that “serial entrepreneur” with all the resources to become rich but always needs financing.

You leave Lagos to Abuja, to borrow to build Kano to Maradi.

Is this rocket science?

I mean how else can I explain this? pic.twitter.com/n9xq7Y2Qyo

Hold on. Did I just see mosquito nets?

Yes. I don’t know how to explain that it wasn’t a skit. It turns out mosquitoes are now a national emergency we need a loan to deal with. Maybe it’s mosquitoes that are sucking our finances. Snakes and monkeys swallow money in Nigeria, so mosquitoes sucking our finance shouldn’t be too hard to imagine. I once thought this was merely a spending problem, but I underestimated it. This is insanity.

Who in their right mind gives out loans for these kinds of projects?

That’s the next thing that confuses me. No right-thinking person will loan out money to fund an unviable project. Unless, of course, there’s a catch.

Lol. Relax. What’s scary about that? Nigeria’s external debt is almost $40 billion. Why will a meagre $3.8 billion keep anyone up at night? I’m sure they sleep just fine. They even sleep during meetings since there’s often nothing to worry about.

95% Nigerian senators have “SAFE SEATS,” so they don’t represent their constituencies but themselves.

They sit in there there like overfed hippopotamuses, draw humongous $39.5K/monthly, $475K/yr salaries, sleep half way through plenary while releasing very obnoxious flatulence. pic.twitter.com/JJN7ByYYcz

Who does Nigeria owe all this money to?

Who does the country not owe money to? There’s China, France, Japan, IMF, AfDB, India, and maybe Bruce Wayne and Iron Man. They even owe their own central bank over N18trn (fun fact: that’s about 40 per cent more than the country’s monetary supply). Practically everyone who can afford to lend the country money has lent them already. If you have money to loan them right now, they will take it. Those mosquito nets will not buy themselves.

How do they plan to repay these loans?

Oh, that? Scoffs. Nothing to worry about. So far, they’re doing just fine with that. They only spent about 96 per cent of the nation’s revenue servicing debts last year. There’s still four per cent left. I’m pretty sure four per cent is enough to run the country without hassles. Oh, wait… 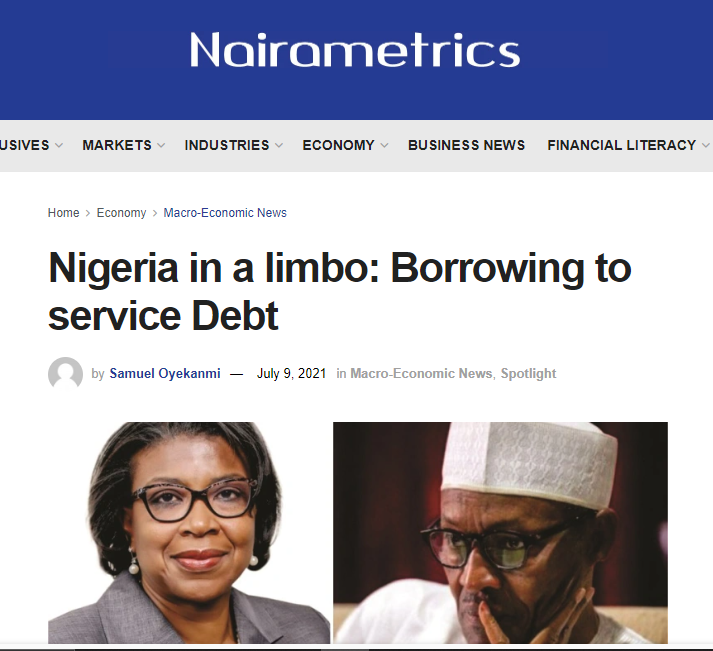 So this borrowing spree is never-ending?

Sips juice. We’re just getting started. Did I mention that most of the debt servicing only pays the interest on loans and not the loans themselves? They even have to borrow to finance this year’s budget. At this rate, we’ll soon lose track of what we borrow money for. Wouldn’t it be fantastic for Africa’s largest economy to become a massive Ponzi scheme?

Quit playing. At least tell me all this borrowing has done some good for the country.

Well, if tripling the country’s public debt in less than eight years while recording next to no growth is good, then yes, it has done plenty of good. Anyway, if you’re still trying to understand this debt problem, good luck to you. It makes no sense how there’s this much debt with nothing to show for it and no concrete plan to repay. With these few points, I hope I have been able to convince you, not confuse you about Nigeria’s debt situation.