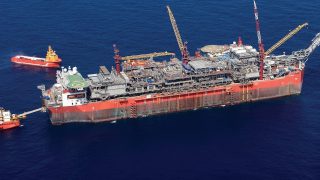 Nigeria’s Bonga crude oil export terminal which is operated by Shell Nigeria Exploration and Production Company (SNEPCo) has begun its routine maintenance according to reports by Reuters on Tuesday.

Shell revealed in a statement that maintenance on the Bonga floating, production, storage and offloading unit (FPSO) began on May 21. The terminal will be shut down for 2 weeks and is expected to be done in record time. “The scope includes statutory recertification and critical asset integrity activities and will run until July during which there will be a few days of total shut down,” the company said.

The maintenance activity is expected to improve sustained production and reduced unscheduled production deferments. The routine upkeep, on the other hand, will involve inspections, recertification, testing, and repair of equipment as well as engineering upgrades with Nigerian companies amongst others.

According to a report by Nairametrics, the crude oil terminal repairs appear to be behind schedule as Shell had planned to carry out maintenance on the facility earlier on, with the expectation that it will be ready for use in March 2020. Bonga was scheduled to load four cargoes in June, or 127,000 barrels per day (bpd), up slightly from 123,000 bpd this month. This, however, will be put on hold until the crude oil terminal completes its routine checkup.

Considering the Bonga FPSO vessel is the heart of the crude oil terminal point with a production capacity of 225,000 barrels of oil and 150 million standard cubic feet of gas per day, the current maintenance activity represents a temporary setback amid the uncertainty in the global oil market.

Analysts have made different predictions for the future of the market as the coronavirus-induced crisis persists. Over the past few months, prices and oil demand have plunged as a result of the pandemic but with the lifting of lockdowns and gradual reopening of global economies, the market is expected to rebound.

For Nigeria, its crude oil output and overall bpd production could drop further, leaving the oil sector vulnerable during the maintenance exercise. Although Shell has said that only a few weeks will be needed to carry out the routine maintenance on Bonga, concerns have been voiced against an extended time frame, which could jeopardize the overall daily output in the country.