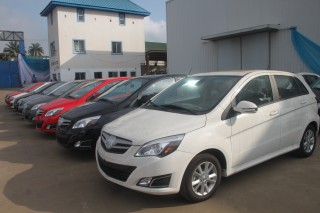 The Nigerian government has issued licenses for the establishment of 12 new vehicle assembly plants in the country, paving way for further development of Nigeria’s automotive sector. This was confirmed by the Nigerian Automotive Design and Development Council (NADDC) in Abuja.

The Automotive Policy was introduced to push for the local production of vehicles as a means to boost direct investment in the country and reduce cost of vehicle. Since it was effected in 2014 it has recorded some positive results.

Kia’s factory launch in April 2015, is one of the most recent dividends of Nigeria’s automotive policy. The range of Innoson vehicles—an indigenous company founded by Nigerian industrialist is already enjoying patronage locally, unlike in the past when indigenous manufacturers were stifled by the lack of appreciation of their products. The policy also began taking its toll on car imports when the total number of vehicles discharged from Lagos ports had dropped to 8,000 units in January 2015, from 27,000 units in January 2014.