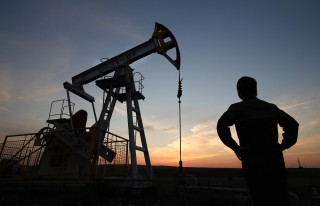 The Asset Management Corporation of Nigeria (AMCON) has been given the mandate by Hon. Justice C.J. Aneke of the Federal High Court Lagos Division to take over the assets of Cedar Oil & Gas Exploration and Production Limited over the company’s failure to settle a debt of N29 billion.

Adhering to the directive of the court, the government agency has successfully taken possession of all assets belonging to Cedar Oil, including some belongings of their Directors, as ordered by the court.

Jude Nwauzor, Head of Corporate Communications, AMCON, confirmed the takeover of the assets. “Anytime we end up taking over assets such as in the case of Cedar Oil & Gas Exploration and Production Limited as well as its directors, Mr Olajide Omokore and others, it means all efforts by AMCON to get the obligor to amicably repay the indebtedness have proved abortive,” he said.

Nwauzor added that although the agency “saw it coming because the said debt is long overdue,” the Nigerian asset regulator always tries to resolve any matter with an obligor outside the court.

According to AMCON, Justice Aneke gave the orders following the failure of Cedar Oil, as well as its directors – Olajide Omokore, Alhaji Isiaka Mohammed, Joseph Bazuaye, amongst others – to pay the regulator an agreed sum of 15 billion Naira out of the total outstanding 29 billion naira debt.

AMCON is a key stabilizing and re-vitalizing tool aimed at reviving the financial system in Nigeria, and as of September 2019, the Nigerian government announced its intentions to recover over 5 trillion naira outstanding debts owed to the regulator with the establishment of an inter-agency committee that will speedily resolve the challenges in recovering the debts.

According to a legal consultant and Senior Partner at Olaniwun Ajayi LP, Mr Muyiwa Balogun, AMCON’s debt may rise from the current value of 5 trillion Naira to a 6.6 trillion naira by 2024. He argued that if the outstanding debts are not recovered on time, there would be a further befall in the already challenged Nigerian economy.

With the example made of Cedar Oil and Gas, other AMCON’s top debtors such as Capital Oil & Gas Industries Limited, NICON Investments Limited, Bi-Courtney Limited, Josepdam & Sons Limited, Tinapa Business Resort amongst others will be forced to comply with the directives of the Nigerian asset regulatory agency so as to prevent the loss of their valuable assets.