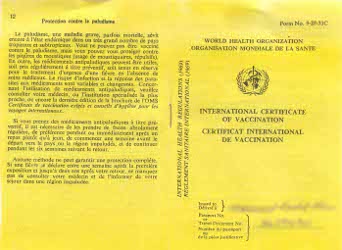 Nigerians travelling to South Africa have been refused entry into the country.

The South Africa Port Health Authority and the Immigration service on the ground that they had invalid yellow fever vaccination cards did not allow passengers who were aboard Arik Air and South Africa Airways into the country on Thursday and Friday, reports Business Day Newspaper, Nigeria.

According to Arik Airline Zonal Manager in South Africa, Kinsley Uzor, about 28 of the airline’s passengers were returned to Nigeria on Thursday.

This is very embarrassing and dehumanising. It is an embarrassment not to us as passengers alone but to the Federal Government of Nigeria that another country will say the document we, as Nigerians, obtained in our country is fake. We had arrived here about 5.30 a.m. and until now we are still kept at the airport by the immigration officer under the claim that our yellow fever cards are not recognised. Some of us are not first time travellers to South Africa and we had used the same yellow card before to enter the country. I obtained my card from Eti-Osa Local Government along with my brother. While I am allowed entry, my brother is held by the immigration people.’’ Says Olaminde Olaofe, one of the passengers affected.

Arik Air in a statement issued on Friday announced that they have temporarily suspended all flight operations between Nigeria and South Africa.

50 of our passenger in today’s flight are still at the airport right now, we are still trying to sort out the problem. The South Africa Immigration and Port Health are saying that they don’t recognise the yellow cards and that signature on the cards are irregular,“ says Uzor.