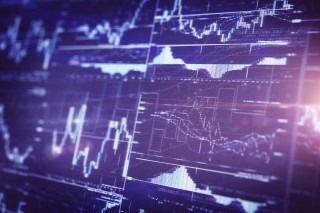 Nigerian tech startups got $663.24 million out of the overall $1.34 billion raised in funding in Africa, according to the Decoding Venture Investments In Africa Report of 2019 by WeeTracker. The funding, which came in the form of equity, grants/prizes and debt financing, represents 50.5 percent of the total funds raised in the continent.

Foremost among the Nigerian-focused startups are Interswitch, OPay, Andela and Palmpay which accounted for most of the top venture deals on the continent last year.

Speaking on the performance of tech startups in Africa, Andrew Fassnidge, Founder of the Africa Tech Summit, said that the year 2019 saw Interswitch, a leading payment platform in Nigeria secure $200 million led by Visa, ahead of the company’s 2020 planned IPO.

The WeeTracker report classified 2019 as a “robust” year for Africa, driving a total annual venture capitalist funding to $1.340 billion, the highest score to date. Kenya came second with a 283.6 percent growth from its 2018 funding.

“Nigeria and Kenya accounted for a whopping 81.49% of the total VC money raised in Africa,” the report states. They are followed by South Africa in third place. These top three countries accounted for over 80 percent of the entire deals on the continent.

This massive funding is said to have been raised from 427 deals, representing a 79.2 percent Year over Year (YoY) increase from the $725.6 million collected from across 458 deals in 2018. Only 6 percent of these sampled deals accounted for the majority of the investments.

With new tech startups like Solride and Njalo.ng already launched in the Nigerian market this year, chances are that the current trends of Nigeria tech startup leading in Venture Capital fund in Africa will continue this 2020.

The Annual Venture Investments In Africa Report 2019 by WeeTracker is an analysis that offers a comprehensive overview of emerging trends and opportunities in the African Startup and VC industry along with in-depth analysis backed by data.