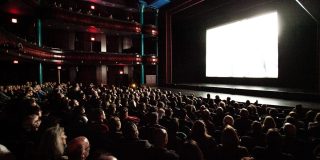 According to co-founder, Tobi Ogunwande, who is a filmmaker, blogger and content creator, the idea for Festivilia was borne out his frustration of having to “comb through numerous film festival rules and regulations from other submission platforms available” before deciding which is a perfect fit for his film. “Festivilia was born to help other filmmakers like myself spend less time scouting and submitting to film festivals and focus on creating more amazing films,” he said.

Festivilia covers festivals both from major submission platforms like Filmfreeway, Withoutabox, and Shortfilmdepot, as well as the growing number of festivals that request direct submission. All that is required is for a filmmaker to fill a universal submission form and have his or her film automatically submitted into a curated list of film festivals that matches said film in Festivilia’s database.

This saves filmmakers from blind submissions, consequently increasing their chances of selection and saving them time and money. And if submissions are closed as at the time a filmmaker sends in a film, the system still saves and automatically submits the film once calls are open for submission to festivals that the system already marked as a possible match for the said film.

Festivilia operates a freemium/basic model subscription service, but also offers paid plans for filmmakers who want to get the best of its services. Its freemium plan is for one short movie a year with submission restricted to five film festivals. While its paid standard and premium plans cost $9.99 and $19.99 a year respectively with each offering submissions to 25 and 60 film festivals around the world.